Sorry for not doing an update! I got busy. I should be able to do an update on Saturday as I’m not home for the next couple of days.

We did some ping tests, I have the results on my computer so I should be able to post them up, or the summary.

If I get enough time I will do some ping tests on other frequencies and power settings.

Sonnet Update!
Well, preliminary update, I haven’t done any additional testing (Different frequencies/power) since doing these tests, I might be able to get to that later today. This was conducted at 2.0W on 915MHz

My plan is to go down to the airstrip, where I have a bit over a mile of full clear and open ground where I can do the testing, using two laptops to ping each other. (I have clear ground where I did these tests, but the strip is more convenient/isolated from any possible interference)

The problem unit (let’s call it #3) is still completely unresponsive so it has been put in the good ideas pile for the time being. I wanted to be able to test if it did hop the signal.

The tests;
Using SSH to log into the devices and operate directly I was pinging the devices to each other, I decided to set it up as the base unit constantly pinging the distance unit to see if I would get losses on only one unit, and to ensure the connection was maintained.
Base = #1
Distance = #2
What I had found is that if a unit went out of range, or lost connection with the other it would reassign the IP and they took a while to reconnect to the network, but they would reconnect.
In starting/establishing this test I found that if the Sonnet is connected to WiFi, and it loses said connection it will reset its own WiFi, but not the Mesh.

Test 1) Stationary connection.
With #2 set up at 1m above the ground orientated as Brian suggested, at 180m I was able to ping the unit, with 85% losses. I tried with it laying flat on the table, but it wasn’t showing up.

Test 2) Locating the distance at which losses would be 50%
With #1 and #2 running a ping sequence I started moving the devices further apart, starting at 30cm and increasing by 1m every 2 seconds, I had my laptop (Surface) with me as I walked so I could watch the readout.
As I started to approach 120m I started to get some greater losses, and by eye figured it was close to 50%
This sequence resulted in 21% packet loss as I was narrowing it down to 115m 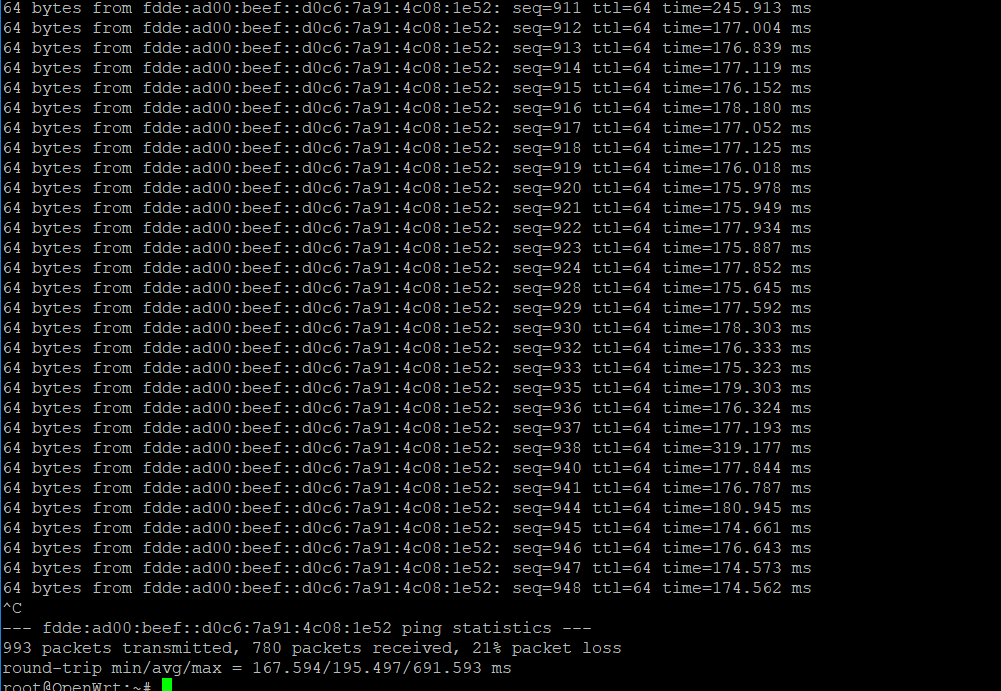 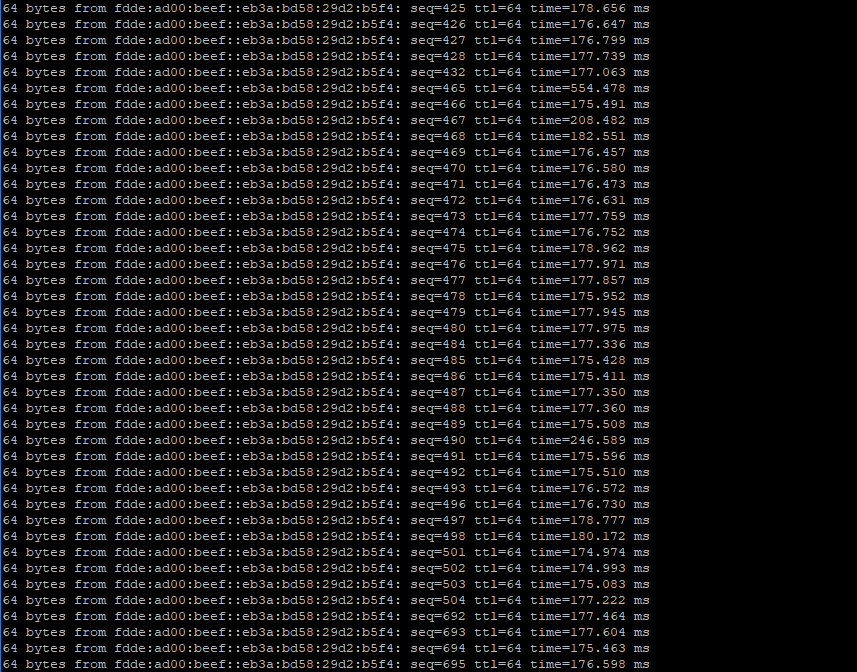 Test 3) 115m new sequence, some movement (+/- 5m)
I wanted to ensure I was at the point where I would have 50% losses, so I ran a new sequence from this distance, I moved forward and backward at the same rate as test 1 to see what drop I would have, the sensitivity of the radio and to ensure the connection was maintained. 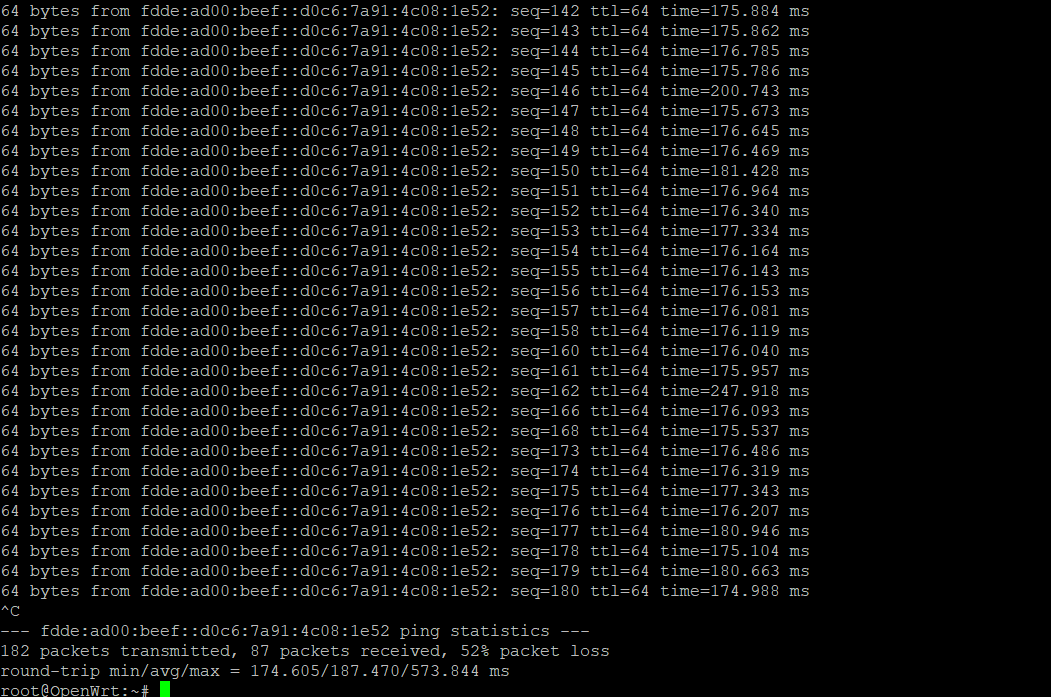 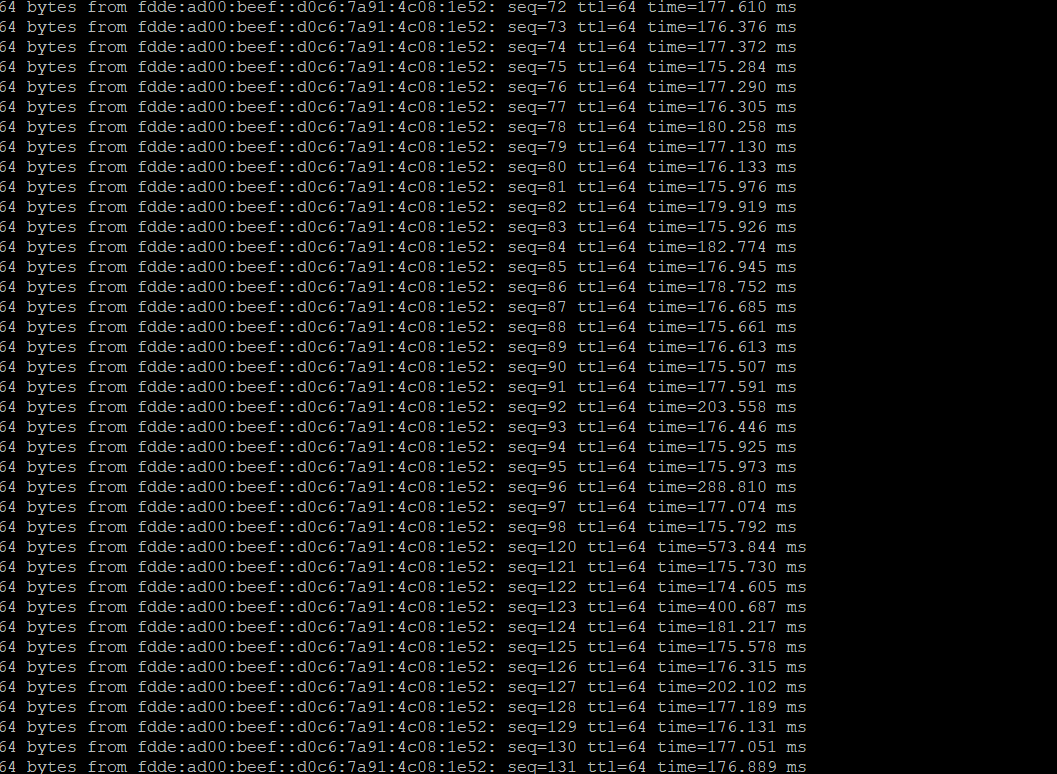 During this whole process Unit #1 (the base) didn’t lose the connection and it had a 34% loss the entire time. 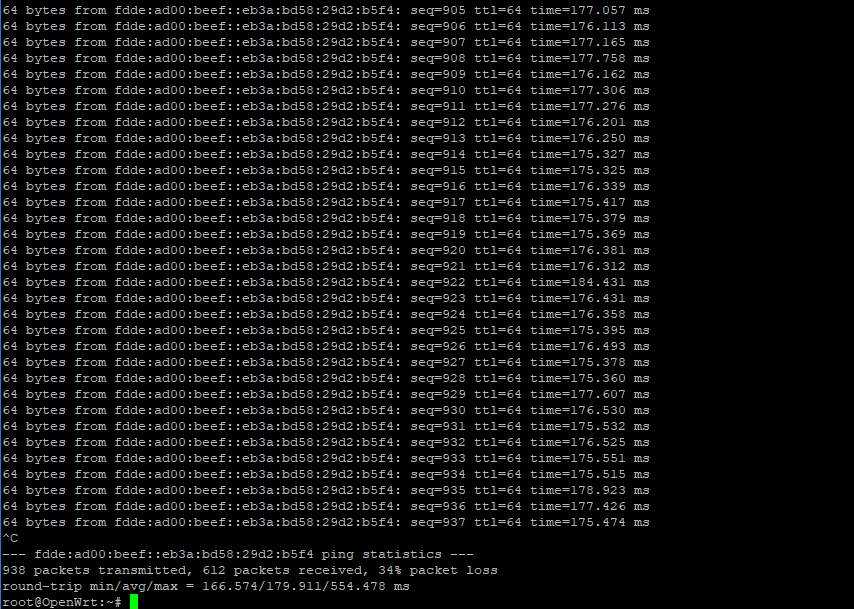 At some point, I might see if I can fit one into a pringles container and can-tenna it with the internal antenna.

It looks like the team at Sonnet are quite busy at the moment!

at Sonnet are quite busy at the moment

This is all very good information. With clear line of sight at 2Watts you should be getting much better range. I wonder if there is a hardware issue with a certain batch of units that is causing such a high packet drop rate or something very specific about your environment that is causing the issues.

Sonnet seems to be pretty tight lipped on any of their beta testing results but it would be interesting to see what others are getting. They mentioned getting about one mile range so your results seem peculiar and quite unexpected. Pinging the nodes should be the easiest task and yet there still seems to be issues. My completely wild guess would be there is something wrong with the amplifier that is not allowing the full 2watts to get transmitted; a fried transistor perhaps.

Thank you for the information. It is odd that the range is so short. I have an Yaesu Vx-3r which is good for 1.5 watts at 144 and 1 watt at 440 and I can hit repeaters a few miles away. But those repeaters are on the top of buildings.

Do you have any power meters like the diamond sx1100? That one should cover some of the frequencies and it has a low 5 watt range. With that and a dummy load you could see how much power they are putting out.

I have all of that equipment so once I get my units I can test the power.

Hi wvs, Brian, and everyone else!

Sorry I’ve been out a lot this last week, and haven’t done any more testing.
My thoughts would be along the lines of a fried transistor, it feels a little like that. But will see what the team have to say when I get a break in the work side of things (Summer, its great for thirsty cattle, 46C/114F degrees today)

Having seen some of the performance that I can get out of a baofeng UV5R (in 477) being close to 40km LOS I’d be hoping for something near half that out of a smaller unit.

I unfortunately don’t have any radio testing equipment, I think I might need to pop onto eBay and acquire some.

Any new updates on your testing?

At the moment I’m swamped with work so I haven’t been able to do the latest test!

One of the team ran me through flashing the mesh firmware on my two working units a bit over a week ago.
So at this stage it’s me holding things up! I might be able to get a few moments where I can test in the next few days.

Some people have gotten units and are going to start testing.

I’ve done nothing since my last post as I’ve hardly had a moment to try anything.
For those who have them and are having issues; here are the instructions to use them.

Mine shipped yesterday. I cant wait.

@jak47 Thanks for posting that WiFi password.
Can I ask where you got that from?

No one else who has received a device seems to know it, so I’ve just shared it in the Kickstarter comments.

I found another password in a old draft user manual, but it didn’t work when anyone tried it. I don’t have my Sonnet devices yet to test. I do have some Gotenna Mesh devices, but haven’t really made use of them.

When I got my three units to test last year Boken sent me that as a quick guide.

I have some firmware that is now out of date, so I should probably update my devices, if you want to have a quick look at the previous build history, take a look here;

And if people want to SSH into them I’ll track down the guide/ passwords to get in.

Might take me a little bit to haul it up.

Hello all I am a newby when it comes to mesh networking and I just received my sonnet devices yesterday!! After going through this thread I was able to get logged in and use the system. Thank you all!!! I do have a question about the external antenna… what type of antenna should I get and does the antenna just increase the WiFi range for the devise or does it increase the range of the mesh networking?

It would increase the range of the mesh networking. Look for IOT or LORA antennas but make sure they are NOT RP-SMA (reverse polarity SMA).

I ordered these to try when mine eventually come in. 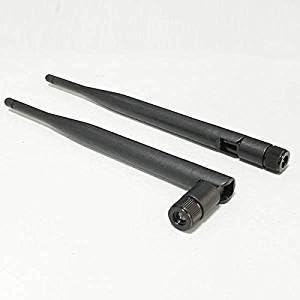 @jak47 If you had that ssh information that would be great!

My sonnets came in. Build quality is solid. I was able to login and create a username using the IP not app.sonnetlabs.com.

I cant actually get the mesh to connect but i can do most other things. I think im running an outdated mesh software (device firmware is version 3) and it looks like the update servers are offline right now since i cant submit logs or download the maps. Maybe by the weekend everything will be sorted. 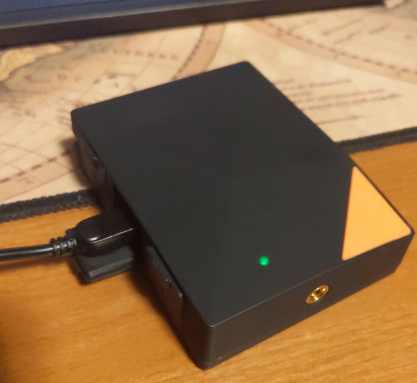 Let me know what versions of mesh and firmware you are running and if you can download any maps.

Edit 2: Successfully downloaded a map of Banff but not Vancouver, Montreal etc. 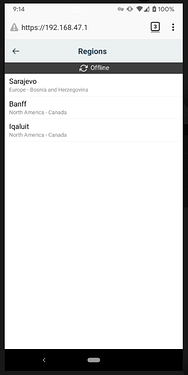 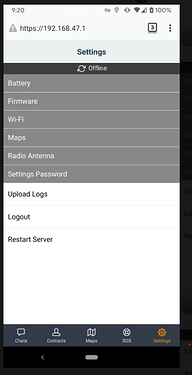 Edit 4: Probably need to wait a few days at least, to update the firmware. 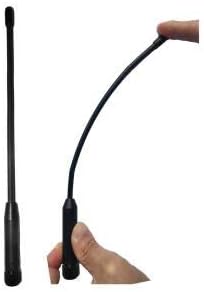 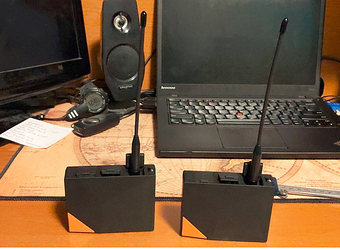 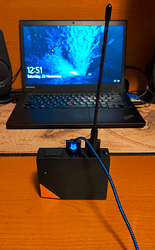 Edit 6: https://buildingtents.com/2019/11/14/sonnet-labs-sonnet-one-unofficial-manual/
This guy seems to have gotten his chat to work. I’m not sure what I’m doing wrong. 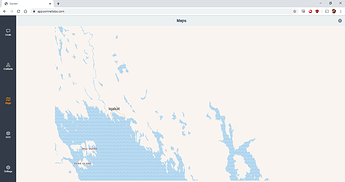 I needed to use two different PCs. Using two android phones didn’t allow the mesh network to connect (hopefully the android app is coming along nicely).

Overall very impressed so far with the Beta. I could “hear” the signals being sent as feedback in the computer speakers.

Next test (hopefully next weekend) will be a range test of the internal antenna and the external antennas. I have a few more LORA antennas coming in from Amazon in the next few weeks so I should be able to test more before Christmas. I’ll have to get it working on android or iphone for the range test as I am not going to walk around with a laptop.

Probably a good idea to pick up a Vector Network Analyzer as well. I’m not sure how much I trust amazon antennas, but there’s always digikey or mouser.ca 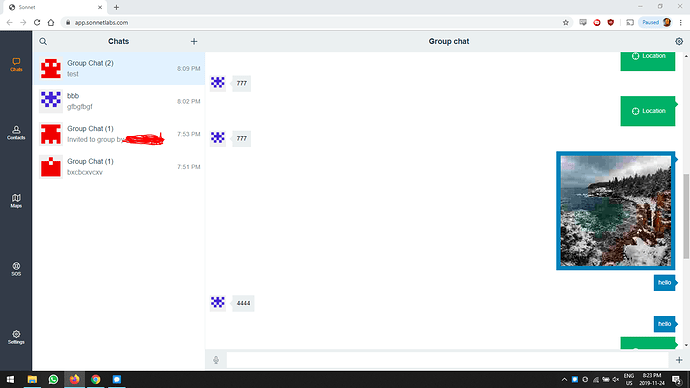 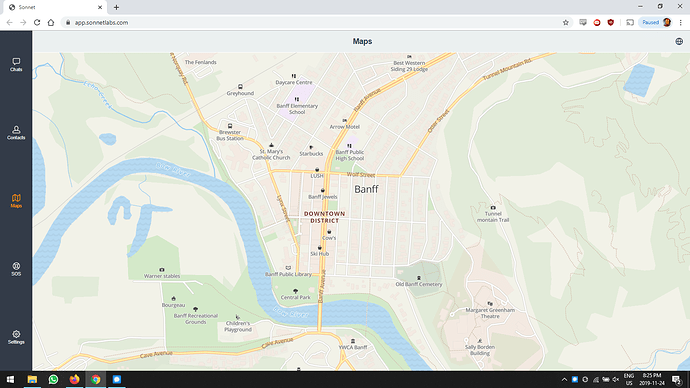 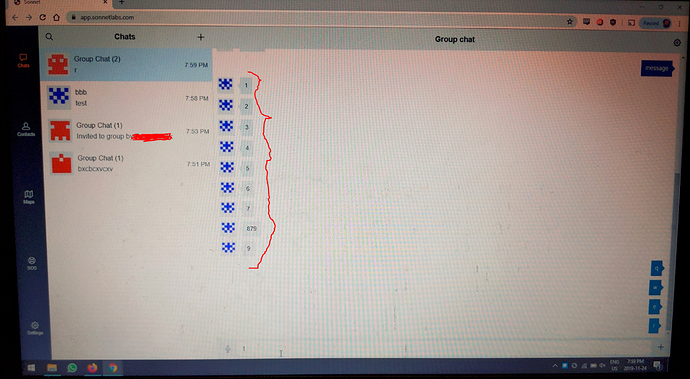 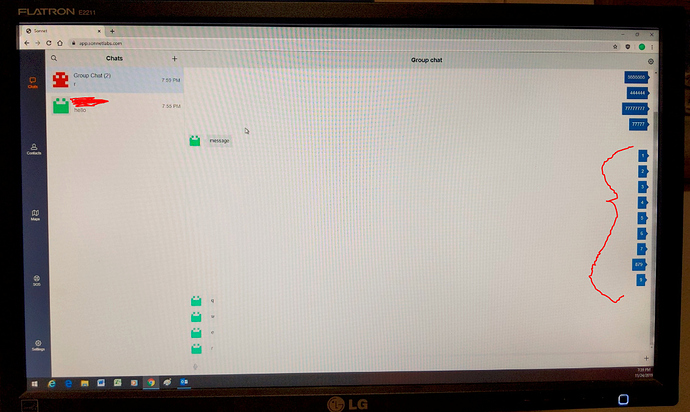 Edit 9: OK, I got it working on my android phones.
Make sure you deactivate Blokada if you’re running it.
Range tests shouldn’t be an issue this weekend.
Also got image sending to work (compressed but still works no problem) 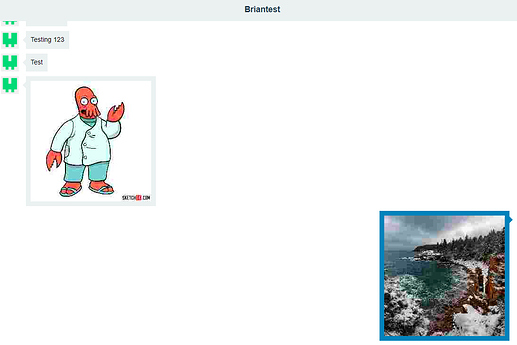 Edit 10: Test setup for the weekend mounted on a tripod. This will probably go in my attic to clear the bulk of most houses. Testing area will be two story residential suburbs. Zero elevation gain within testing area. 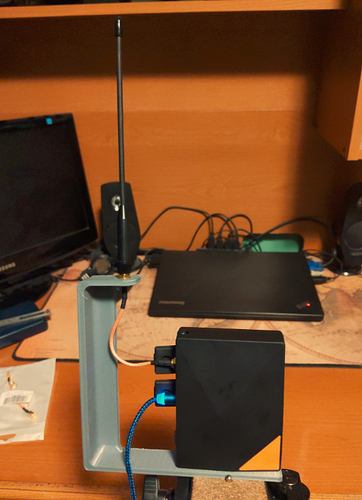 @Briann Great to hear you’ve made a little progress.

Based on that last update, it sounds like they’re changing the “cloud” server software a lot to support the new native app, so based on the speed they seem to work I wouldn’t be suprised if the firmware update process doesn’t work for some time yet.

Sonnet seem to only have one developer, based on LinkedIn info. They certainly don’t make any effort in terms of customer support.

@Briann BTW, I’m not sure if you have an amateur radio license, but you may need one to legally use those external antennas, or else use the internal ones to stay in FCC/IC compliance.