Now that relay mode has been incorporated into the goTenna I would love to try that out, however, having only bought the 2-pack it makes it hard for me to test by sending my two units out in two different directions since I dont have a third unit to leave at home in relay mode. I would love to be able to buy just a single mesh unit instead of having to purchase another 2-pack. I see that dedicated relay unit/base stations are something you are planning for in the future, but until that happens, why not offer single units (making very clear to new users that they cannot do anything with a single unit)?

Also, any thoughts on accepting Bitcoin, Litecoin, or Ethereum for purchases? I can say honestly that I would have just gone ahead and purchased the 2-pack of goTenna without a second thought had you accepted crypto-currencies because I have enough of those currencies that I dont care about the difference between $90 and $180 in bitcoin or litecoin to give it a second thought. Coinbase has an integration that should be relatively easy to incorporate into your online store. I have used it once and it worked ok. There is so much “trapped” equity in crypto-currencies right now that I am astonished more online retailers are not moving as quickly as possible to start accepting payments in these forms. It seems like there is a fair amount of overlap between people interested in these new currencies and goTenna.

Heya, we are experimenting with selling single SKUs right now — have been since November:

Visible in the Holiday Swag Shop but we probably need to hide them a bit less… paging @elyssad and @sam!

We have accepted Bitcoin via Bitpay since 2014!

Excellent! I certainly did not see the single unit as an option, but with the link I am able to make the purchase. I don’t have a bitpay credit card, but I can see how that could be useful to some people. Transaction fee’s on the bitcoin and ethereum network as so high right now that I guess a $90 purchase would cost too much in mining fee’s to actually make this transaction worthwhile using either of those two methods, however, LiteCoin is fast and cheap (for now) which is one reason why I love these currencies so much. Using GDAX from Coinbase I can pretty much instantly switch between any of those three currencies without any fees at any time.

I would much prefer a wallet address to send to so as to cut out as many layers as possible but I will stick with the more traditional payment method of using PayPal for now.

BitPay facilitates Bitcoin payments. They give you an address to send Bitcoin to directly, and they forward on a cash payment to the company you’re dealing with (goTenna in this case).

I’m in the same boat as you, though. I definitely prefer Litecoin over Bitcoin. Waiting an hour for a transaction to confirm is a pain, where Litecoin has it done within 10 minutes (that’s the transaction itself and 2-3 confirmations).

CoinPayments allows payments with LTC directly, but you need to sign up with them first.

Hi!
We’re working to fix a broken Coinbase integration (an issue with Shopify), but will definitely look into Litecoin as well if that feels fairly effortless. We do have Bitpay checkout, so please do take advantage of that! We are hoping to have Coinbase back up and running on site by end of week.

As for single unit devices, I’m so sorry you’ve missed them! You should sign up for our newsletters, as we are always broadcasting new product offerings and goTenna Mesh exclusives. We will (thanks to your feedback!) be putting single unit Mesh devices into our top nav as well to make them easier to find.

As for single unit devices, I’m so sorry you’ve missed them! You should sign up for our newsletters, as we are always broadcasting new product offerings and goTenna Mesh exclusives.

You need to do that. If you want the discounts!
There was even a $69 for one unit special a while beck.

I just bought two units using that BLACKOUT special so it was only $100 for 2 which makes me happy. I was so excited to see coinbase as an option when checking out… 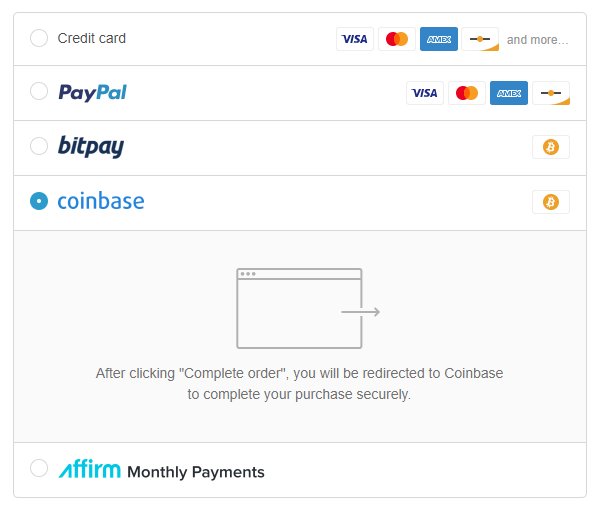 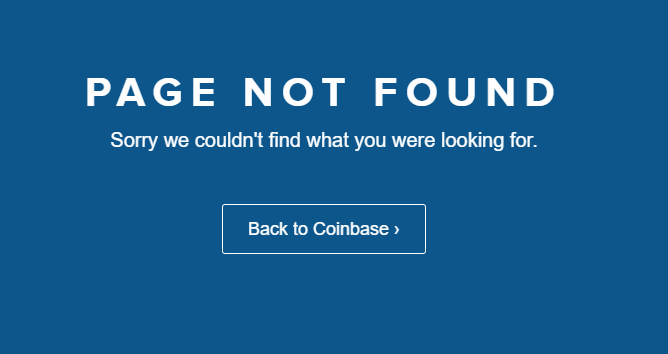 Hopefully you’ll have that fixed soon. Who knew taking peoples money could be so hard

It’s a Coinbase issue not our issue. As we all know they are having plenty of issues these days…

Yeah, Coinbase is having a few issues…

But hey, they have never lost my money

I totally understand the reasoning for partnering with someone like Coinbase for checkout, but if it was me, I would just run a node for each of the currencies I wanted to accept and write a little code to generate new wallet addresses for each order and accept the tokens directly cutting out the middle man. I had no issues running an ethereum node for many months and it was super easy to generate new wallet addresses and get notified when coins were deposited. I am sure it is much harder at scale. I wonder if there is already a framework for something like this on github.com… if not, I should post one there when I have time (that would be never).

Hope everyone signed up for the Email list because right now you could get 2 Gotenna Mesh devices for about the price one usually sells for. $100

We sold out! We hope to have more stock in a couple months

We sold out! We hope to have more stock in a couple months

They lost the blueprints for single units. lol

This topic was automatically closed after 15 hours. New replies are no longer allowed.