So I have been testing units in building dense Hollywood and West Los Angeles for a week or more now.

One of the things I have definitely found is that in an urban environment messages are often received however the confirmation return signal is lost or does not reach the sender.

At close distances (.25 miles plus or minus) I have managed to get signals through a building or multiple houses but often do not get the return confirmation on the far side.

Even height does not help if there are minor obstructions (trees for example) at distances of over 1.5 miles.

Longest shot so far has been two miles straight down Sunset Blvd however even at 9 stories up a shot to another street will not pass through the minor obstructions of roof lines to a user at ground level.

Sounds like some solid testing @Firqby. The gotenna team is already looking into the failed return delivery messages @Rahul_Subramany keep me honest here.

@Firqby this all seems to generally correspond with urban results we’ve seen in NYC and that we’ve heard from other users (as well as beta testers earlier on) about use in urban areas.

FWIW, goTenna’s own point-to-point (i.e. without meshing!) results in the NYC area are generally < 0.5 mi in dense downtown-type areas — but pretty reliably 0.25-0.35 mi in many/most situations. Plus, depending on architecture in a specific area, transmissions often successfully deliver even through building and around corners.

Realizing not everyone was a Mesh Kickstarter backer and so may not have seen this update, here are some examples we shared back in late June from our final batch of beta testers. Screenshots of that data here as it may be of interest to many of you checking out this thread — there are plenty of urban, suburban & rural range results here: 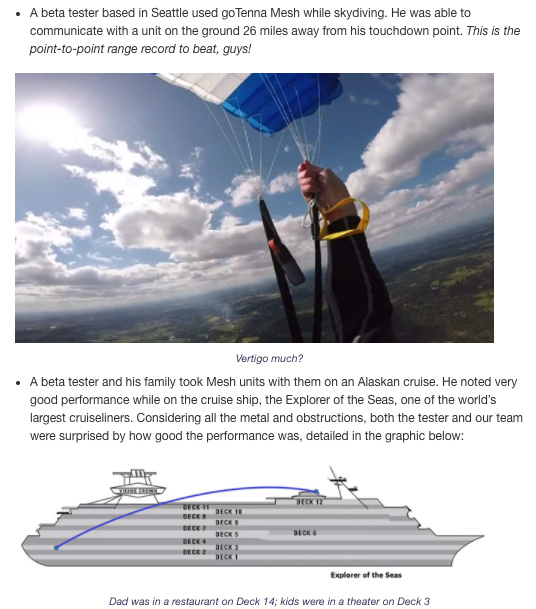 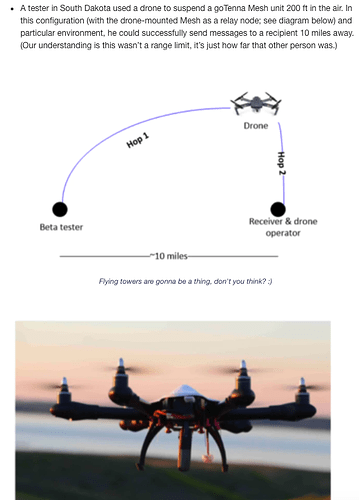 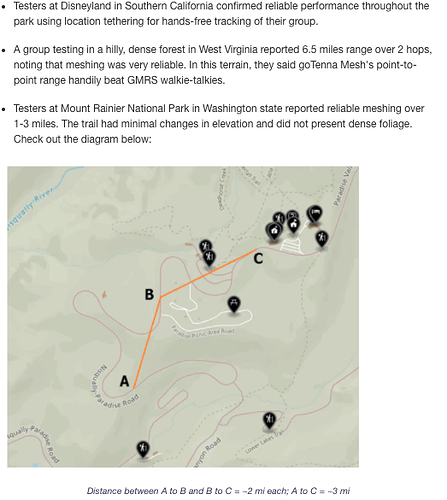 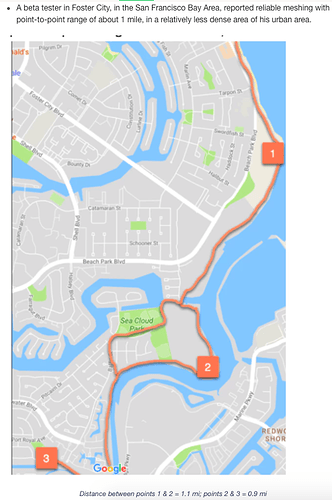 Here are my range results from earlier this summer right after I received my Mesh units:

@Firqby That’s pretty fantastic range in LA! What part of Sunset (ie east side? hollywood?) – just trying to imagine the terrain you got these results in. Oh and was this direct (no meshing)?

@Firqby That’s pretty fantastic range in LA! What part of Sunset (ie east side? hollywood?) – just trying to imagine the terrain you got these results in. Oh and was this direct (no meshing)?

@femmesh Signal was from Crescent Heights & Sunset to 6464 Sunset (at wilcox). That is a very straight clear short down Sunset.

It was a direct shot to someone on the 9th floor, however, we have a fixed node on the 9th floor of the 6464 building looking west as well. I have yet to find any unit that was not one of mine or my families to mesh with.

For any long-range distance (3/4 of a mile or better) clear lines of sight are critical. Even from the 9th floor with a pretty unobscured view of a target area on Hollywood Blvd or other streets beyond .5 miles a roof line will block communication.

If I was in LA I’d help you! I used to live off Fairfax near Canter’s. If I wasn’t in the Northeast, I’d be super down to help you with your testing. Thanks for sharing more about what you’ve learned so far.

I am in NYC but up on the UWS, I have not been able to get messages to anyone so far other than initial tests inside my apartment. Shouts have gotten no reply from my apartment or on the street in midtown.

This doesn’t surprise me at all, it makes me wonder about eventually trying to get a node up on my roof (I’m on the 13th floor out of 15) despite me not having official access to the roof.

My suspicion is that there simply are not enough people using GoTenna Mesh yet to be able to relay messages to my wife at work, but if enough people adopt it, that might work.

This doesn’t surprise me at all, it makes me wonder about eventually trying to get a node up on my roof (I’m on the 13th floor out of 15) despite me not having official access to the roof.

Yes! You should! We are also going to partner with NYC Mesh, a community wifi nonprofit, to get Mesh devices everywhere they have routers… Their map here: Map - NYC Mesh

My suspicion is that there simply are not enough people using GoTenna Mesh yet to be able to relay messages to my wife at work, but if enough people adopt it, that might work.

Yes, this is definitely true… also most people who have them in NYC probably don’t have them on — storing them for a trip, event, hike, emergency, etc. Our team is working through ideas to incent people (beyond us diehard mesh believers/early adopters) to have them on all the time… stay tuned!

Did some testing today. Acheived 4 miles with my unit in the car and a node at the top of a 20 foot pole at the top of our hill. This was through trees with the signal skimming the tops of some hills in between.

I get range it’s all about radio line of sight. To understand that concept and antennas one gets crazy range. 33.77 miles and 18.4. Yes! 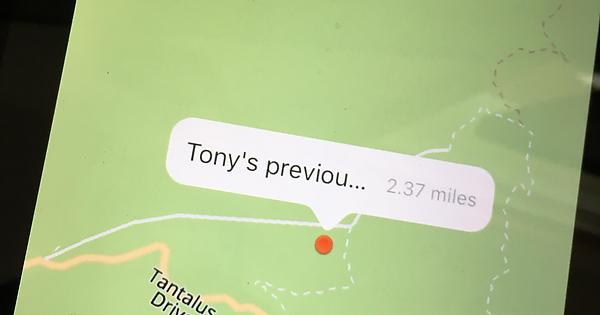 Woohoo! You should start testing range with meshing as well… Leave units somewhere in between

Thanks awesome @tonybarnhill. I managed to get 1.34 miles with no mesh.

Hey, @gua742, what’s the best range you’ve gotten with two stock Mesh units? I’m looking to set up two Mesh units on top of 70-foot poles near my home and work to enable everyday communications over Mesh for me and to cover a lot of area for other Mesh users. There is a 9-mile span between the two Mesh units, but with the poles, they should clear most trees and other obstructions.

It was either 12 or 18 miles (so many range records I’ve done)with ease. Conditions were mountaintop to the user.

While skydiving I got 20+ miles of range as I recall. BUT that is the PEREFCT place to test long range radio in the UHF spectrum.

The drone results are excellent. Makes sense to fly a node, given LOS connection advantages. The short flight time of 'copter style drones limits this approach however. It would be interesting to fly a node on an auto-station-keeping lighter-than-air drone. Extended flight times could greatly extend the utility of an aerial node.