I am looking for suggestions for testing performance. Pre & post mods. Antenna experiments. Placement.
I am not always as methodical as I could be, so other than walking around texting “Can you text me now?” and taking a lot of notes am I missing a way to see who I’m hitting ? Are there counters in the app that I am missing ? My antenna analyzer is only up to VHF (as I have said, I am old). My SWR meter is good up to 5 GHz, but that requires pigtails on everything. I am about ready to jump C50 & put a short one on as there seems to be no progress on adding the MMCX connector.
At this point I have a homebrew collinear and a Chinese patch that I want to wireup. Am most interested in the patch because I have a mountain at my back and 180 degrees of coverage would be about right.

And I am not as hardcore as gua742 but he is doing good work.

Great topic, I was thinking abut this myself quite a bit in recent weeks as I fiddled and fussed and fianlly got things up and running in spite of cruddy weather, rookie cluelessness, and my sometimes creaky legs.

One important fact makes a mesh network like this work, but also is a bit of a handicap. Since there is no central server to comb through, there’s also nothing to be analyzed outside of the tiny hardware in our hands. So you can’t read the logs and figure many things out through that shortcut.

Best way around this? Another goTenna used as a test rig. In my case, I’ve used the Superfly temp node I built as an upgrade to the Fire Fly. 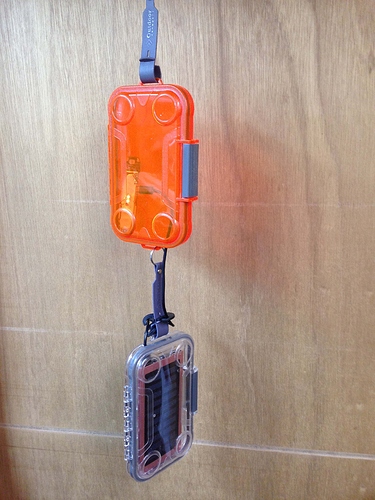 The battery lasts for a week, so it’s easy to cart around and leave various places. It also requires no assistance (although having a helper always makes the project go faster.) I leave it and the spare cell/device hanging in what I hope are good fixed positions.

Depending on my needs, I’ll send a single pin or series of auto-location markers and check for the results. Driving a route you think is along the edges of the coverage area and you can confirm what actually happens. I’ve used both the laying on the dashboard position and the dangling from the sunvisor for the goTenna, but am starting to favor the visor dangle since antenna polarity isn’t a problem for it.

Remember that while you’re not actually operating the cell phone you may use in your vehicle like this, law enforcement will likely regard use of your cell/device in conjunction with your goTenna to be the legal equivalent of texting while driving, which it is. Best to pull over and test if using your vehicle. So this is one reason to use the feature that auto-generates locations as you drive about besides it being handy.

If you don’t get a connection where you think you should, move a few yards in another direction and try again. On the edges of coverage or when your two GTMs are trying to link up at the maximum distance two nodes can cover, such small movements can make a big difference in getting through or not. Use the Resend Message feature to try again. If you are sending a location, remember that it may become inaccurate with enough movement before you resend and you may want to generate a new location instead of simply resending.

Speaking of defining coverage, you can define it crudely by adding the coverage Range (Est.) into the node info on the imeshyou node map, then click the node and you get a neatly generated circle the size of your estimated coverage. There has already been discussion of allowing the user to customize this graphed area to more precisely delineate the served area.

A more detailed and data driven coverage area is defined by using the heywhatisthat website and creating profiles of your stationary nodes or of locations where mobile GTMs are used regularly. Fiddle with the various settings. I’ve found the Visibility Cloak button to be especially useful in showing where coverage may be found. I don’t know if it’s possible, but it would be very cool if the user could attach a link to the heywhatisthat profile they create of their choice to the node info that pops up on the imeshyou map.

Got some chores to do now, but I’m sure I’ll have more to add later once the brain rests up from about 4 hours of running trains.