@amon and myself are going to hike up to the top of MT. Washington this Sunday 10/8/17 and will be contacting other users from as far away as we can! This will also be a great way to test out the MOAN unit!

Radio LOS will be 81 miles from the top of that mountain and we will have every city in the Seattle area in direct radio LOS. I’ve done some crazy 2 meter simplex from this mountain before and this should be nothing short of epic! 4450ft = Oh heck yes!!! 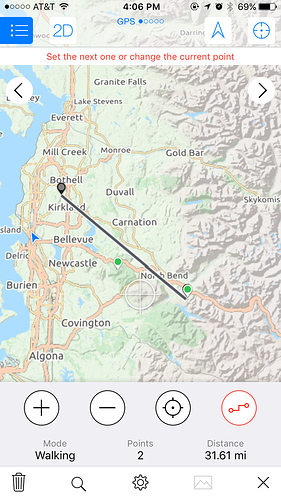 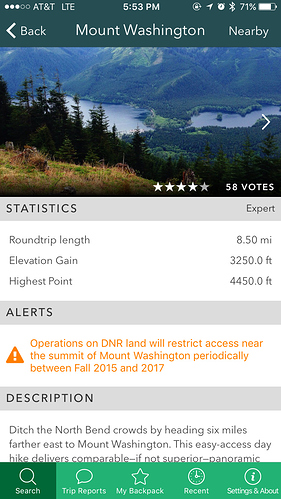 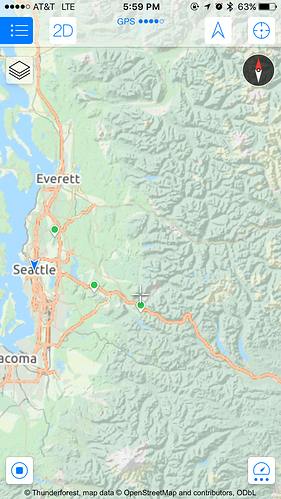 You will also be able to see us in real time! All you will need to do is click on this link and you’ll see our location updated every 5 minutes! As of right now there is no data BUT that will change within the next 24 hours

And the live tracker link is active! Not a lot of movement (yet!)…
Follow George and Amon on Sunday!

I just had the idea to use BOTH Gotenna Mesh AND the first gen Gotenna for this testing session! Heck, why not!? Might as well try and bust both records while on top of a mountain!

Do you expect to reach the downtown Seattle area? And do you have a time frame of when things will be up and running. I am concidering going to the observation deck of the Columbia Tower. It’s the highest point in the city open to the public. But that might be hopping for a lot.

I say go for it! I will give you more details later tonight!

Some more details for you…

It is the highest however the glass might get in the way of the RF signal getting out. I still think it is worth a shot tho! Just make sure you’re facing east! After thinking about it I think anyplace you can see the mountains to the east with an unobstructed view would be a good place. Seattle is VERY hilly so if one is in a valley I would not expect them to be able to reach us. The cities of Kirkland, Bothell, Everett, Duvall, Carnation, Redmond, Lynnwood, and Bellevue are pretty flat (compared to Seattle) and as such are going to be easier to reach out to.

I can’t wait for Sunday!

I have not found the mirrored glass of my building to be a factor in transmitting from the 9th floor of 6464 Sunset in Hollywood. Might be a factor but we cleared 2 miles through it.

And the adventure starts: NOW!!!

Records were shattered and also made today. New range record of 31.77 miles. I’d write more but I am so beat! MORE TO COME!!! 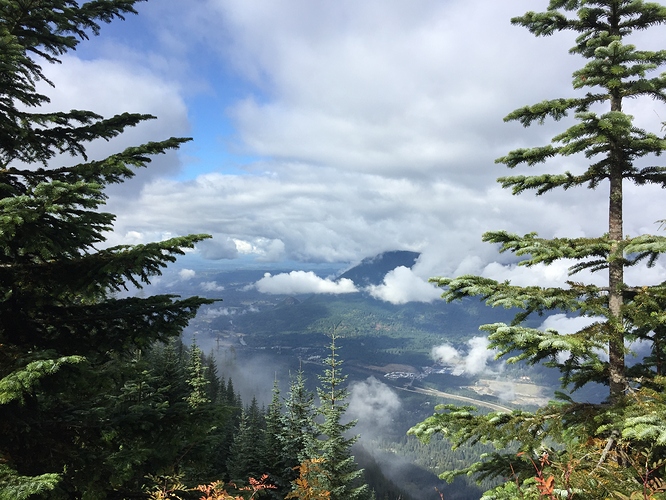 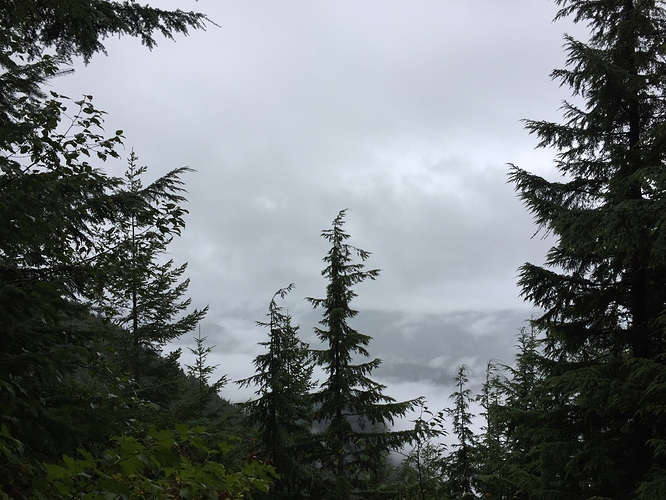 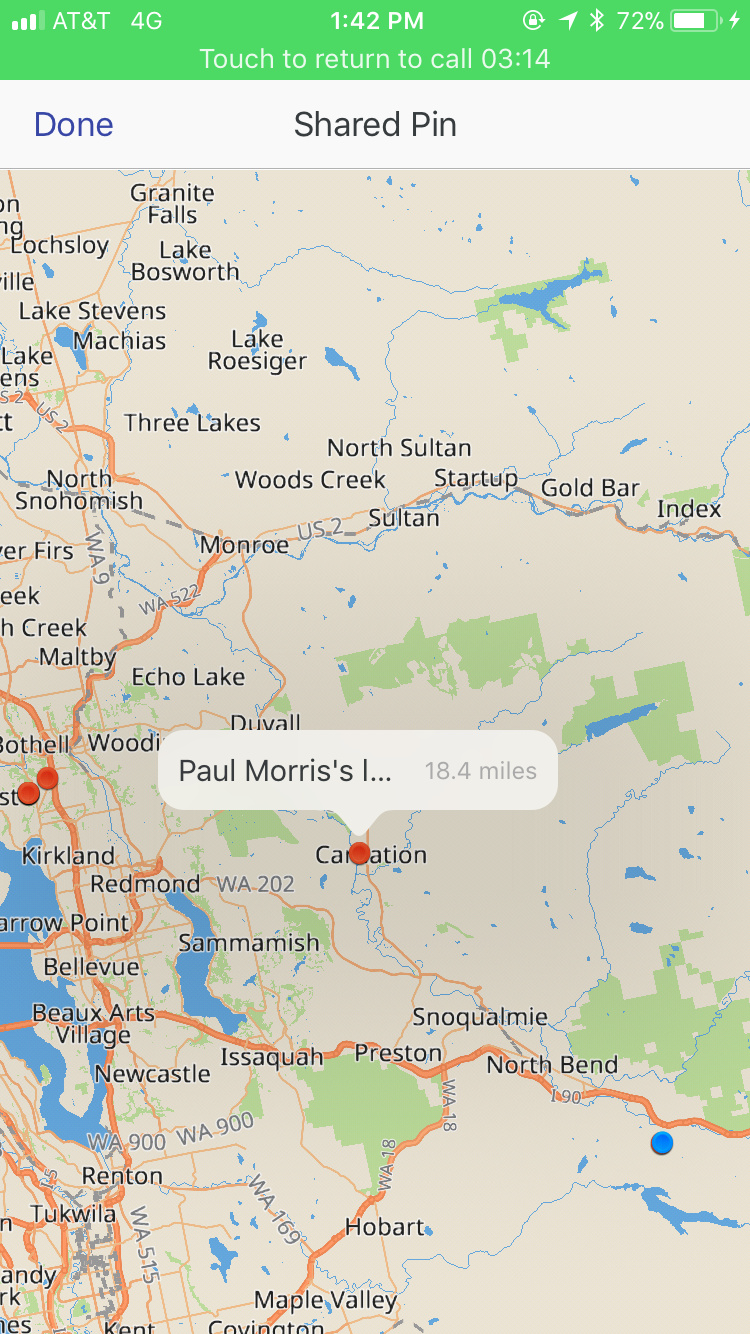 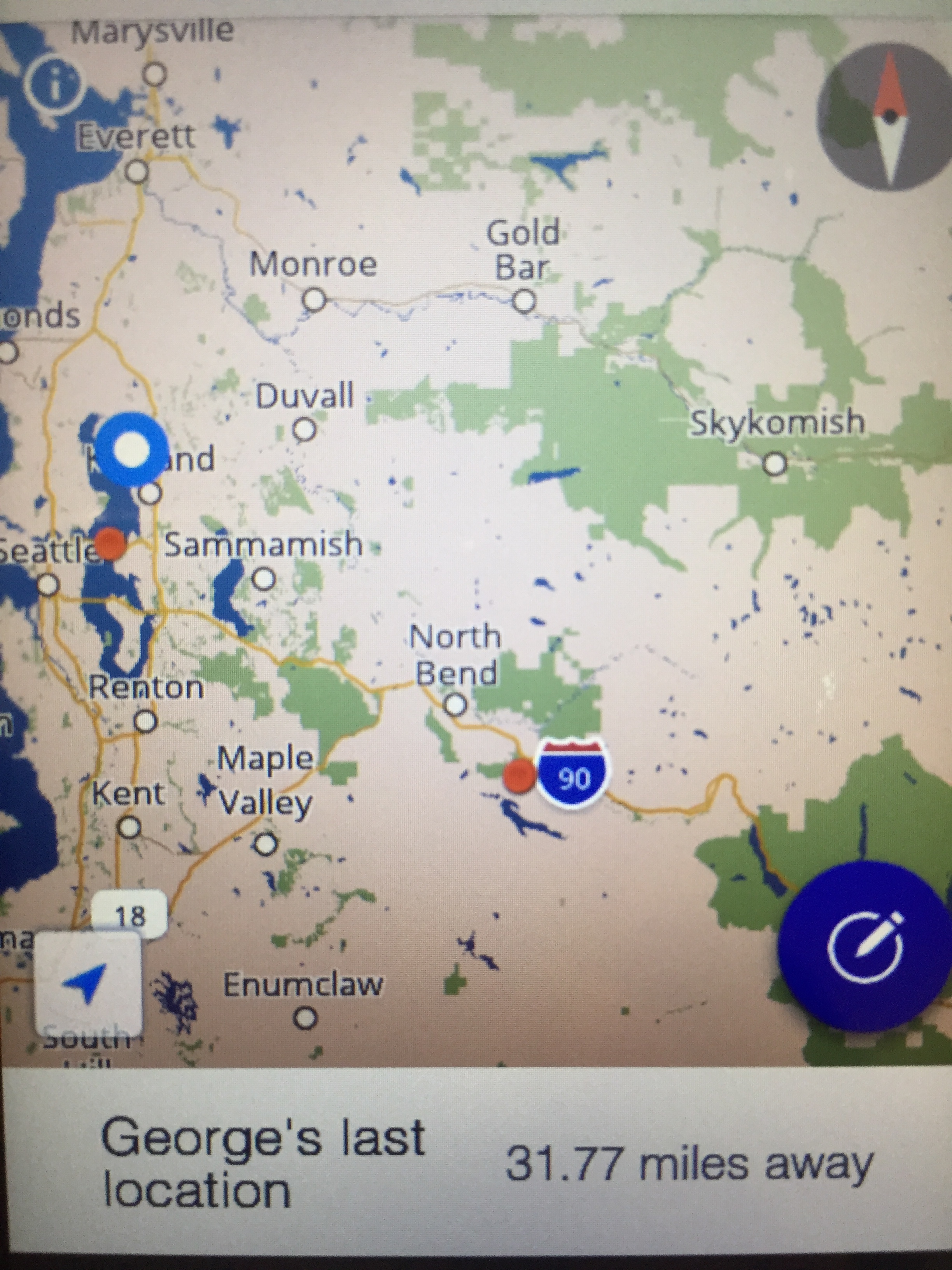 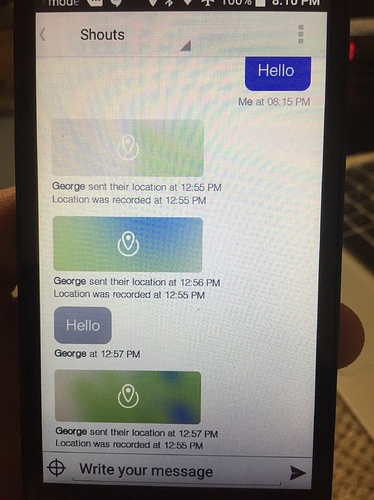 I got off my night job at 3AM, went home to gear up and eat. I picked up @amon at 6:15AM and we headed straight to North Bend for an early breakfast before the hike up.

After breakfast we headed for the trail head, a ten minute drive. Once we got there we put our packs on and got right down to business, we had a date with the summit at noon sharp. The hike up was awesome. Up until yesterday I’ve only seen this trail when it was totally covered in snow, the contrast was as striking as it was gorgeous.

At the top @amon started shout messaging and me I got the 3 dBd omni antenna out, hooked up the a Mesh unit I hacked and started trying to hit the MOAN unit. No luck with that antenna so I switched to the directional yagi. Once the yagi was in play I was hitting the MOAN with ease. At the time little did we know we’d been able to hit it without any external antenna at all. Clouds were obstructing much of the view.

It didn’t make sense to us. We weren’t able to hit the MOAN with a 3 dBd omni, WTF?! So I called @Paul_Edward_Morris within a minute he had his Mesh unit on and paired. He was 18ish miles away in the city of Carnation. At that time my arm was tired from holding up the yagi up, so I said to myself “Fuck it, if he’s that close we’ll be able to get him on a regular unit with ease. No external antenna needed.”

It was a SWAG (Scientific Wild Ass Guess), we could literally see the city of Carnation through the clouds that were starting to break apart, it made sense to us at the time and it worked! He shared his location with us (@Paul_Edward_Morris was 18.4 miles away from us to be exact), we had a little chat and were excited, but still like “WTF we can only hit the MOAN with a directional yagi: LAME!”.

We were done testing Mesh out for the time being, we had version 1 to test at 1PM and I needed a drink first, yes on every hike I go on I have ample rum and cola. This isn’t amateur night. Testing version 1 was nice, so was the drink I enjoy while doing it. Shame we didn’t reach anyone on version 1.

After 20 minutes of no contacts on version 1 we got back to trying to figure out why the hell we could not hit the MOAN unit without a directional antenna. As the clouds started to clear we could see why we weren’t able to hit the MOAN unit: Trees were in the way!

At this point my phone was almost dead and @amon was in photographer mode. I don’t know if @amon was a boy scout, but if not: He deserves a photography merit badge. So I busted out my external charger and started charging my phone. By this time we were cold, sure it’s easy to get hot on the way up but standing still at 4450 ft MSL one grows cold quickly. You lose 3 degrees Fahrenheit per 1000 ft of altitude gain, something I learned years ago while learning to skydive. Even if it was 50 degrees Fahrenheit at sea level it would be about 36.5 degrees Fahrenheit where we were. What was the temperature yesterday? Hell if I know, we were more worried about rain than the cold and focused on the mission: Testing Mesh out long distance style.

My phone went from 5% to 20ish% and I opened my 3D topo map app up and sure as shit: The trees were right in the way of the MOAN. We can’t move trees, we were cold and of course still had 4+miles to cover to get down. We decided to pack up and head down. On the way down there was a turning point on one of the switchbacks that had a clear view of the MOAN, we knew we had to stop and try. We went from having to use a yagi to being able to hit the MOAN unit with a Mesh unit on my backpack no external antenna, talk about IRL (In Real Life) testing, this was exactly how this was intended to be used.

At this point we were thrilled! 31.77 miles from our location to the MOAN unit and it worked, but still something did not make sense…

~More to come! I got an early meeting tomorrow morning! -George~

When you’re to tired to write but awake enough to make a kick ass video. More of the hard data to come tho! ENJOY!!!

So what ended up happening is that we were able to at first contact the MOAN with a yagi antenna and that was okish BUT we were really trying to connect with the MOAN and then contact people in the area of the MOAN whom would NOT be in good radio LOS of our location. I had a guy who was in a valley from our location BUT was in the MOAN’s radio LOS easy.

What did suck was that the phone attached to the MOAN unit crashed (data of course sent to gotenna) and so location data was only sent back to @amon and I a few times prior to the crash (that sucked!). This adventure was NOT a waste of time however! Things we learned…

-If you have a phone attached to a MOAN and are doing some serious/crazy range testing: Have someone there in case the phone crashes so they can reset it. This will help testing and you and your buddy won’t be on a mountain top saying “WTF is going on with the MOAN?”, “Dude, I have no clue, super cereal: WTF?!”, “I have no idea, it worked just a few min ago!?, MMMMMMMMMM?”.

-Gotenna mesh to Gotenna mesh range in ideal conditions is 18+ miles easy, unit to unit: NO FANCY MODS NEEDED. To me that is damn impressive for 1 watt of power.

-Trees get in the way of !@#$, I love trees. I am not bashing them, just saying in this case they screwed us (just a little).

-This test showed that a directional antenna can really aid in getting through obstructions.

-This test also showed that long haul area to area coverage is very possible with the use of directional antennas.

-Next time this will be a 48 hour test, I love the mountains and the snow. Next time I go up on this mountain I will be camped out for a weekend, yep in the winter time. Last time I camped on this mountain was in the dead of winter with 15+ feet of snow below us. It was awesome. This will happen in the end of December early January. I’ll of course keep everyone posted on this trip

18 miles un-modified is what I love to hear. Should make it easy to get Mesh coverage over most of my town (that is, if I can get units located and the 3-hop limit gets increased).

@danielagotenna wrote two days ago about the number of hops:

Today we are limited to 4, but we will be hitting more with each new firmware update. The next big update is coming early next year (February most likely). By some point in the next year or so when we hit the “2.0” version of our Aspen Grove mesh protocol we expect to be hopping “infinitely” — that doesn’t mean in every situation, but in any situation where hopping very far is absolutely necessary, the mesh protocol will be able to do it.

We’re just walking before we run. There’s a reason no one’s even been able to do what we can today — because it’s really hard~

Hell yeah @MrTSolar! I will keep doing it!

I just found and wrote gotoky. I am wondering if there will be any interoperability.