I saw this and thought others here would be interested. 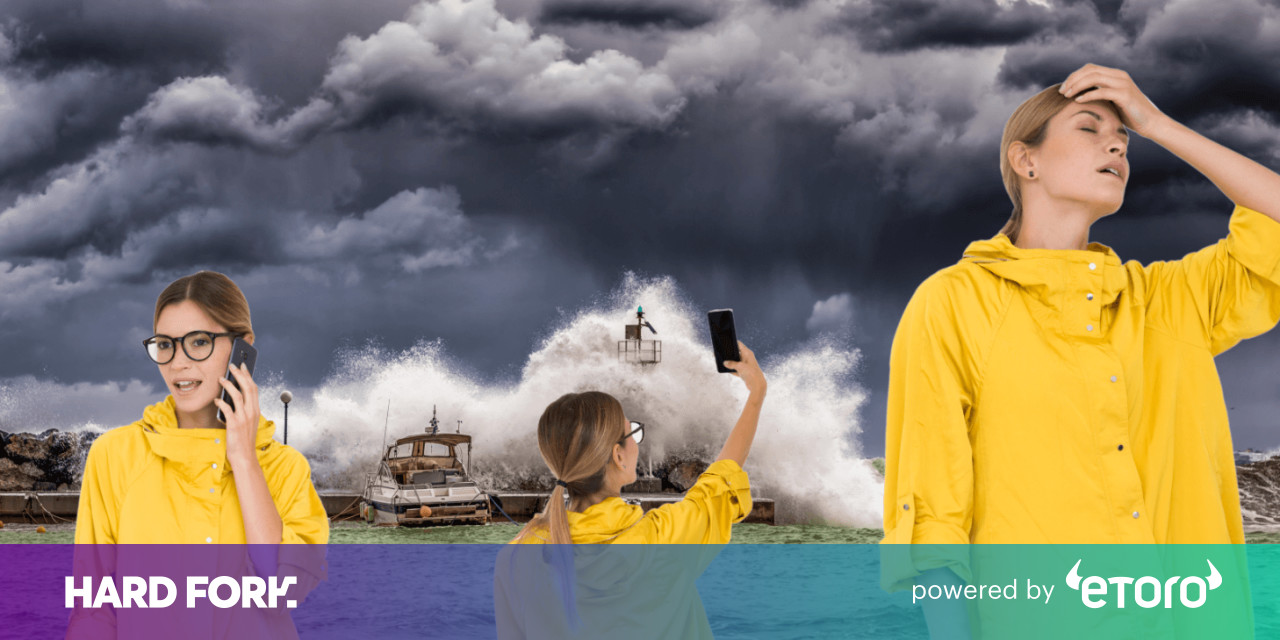 A group of developers claim to have performed a solar-powered cryptocurrency transaction, using shortwave radios and blockchain tech.

Interesting experiment and must use a relatively modest amount of energy, which has been a concern. I was struck by a couple of problematic angles.

You’ll need to prove you understand the legalities and technicalities of using shortwave radios before sending cryptocurrency all over the world, as radio operators must hold a license.

I sort of remember some prohibition against commercial transactions when operating under an amateur license. Perhaps such transactions wouldn’t fit the definition, but supreficially at least it does appear to apply.

That may be why the frequency display was redacted. Then I started wondering about the total airtime required to complete the transaction. Even though the fading away of international broadcasting has left the broadcast bands depleted of many familiar signals, I don’t think the WTU has reallocated any of this spectrum. And SW bandwidth in general tends to be in short supply in terms of claimants, if not because of actual use/occupancy.

I sort of remember some prohibition against commercial transactions when operating under an amateur license. Perhaps such transactions wouldn’t fit the definition, but supreficially at least it does appear to apply.

You are correct but the definition of commercial use is vague. For instance I could sell radio gear to someone as long as it isn’t a business. Their transactions should not be considered commercial either because the point was not profit for them or a third party. If they started making money by doing transactions on a regular basis that would likely be considered commercial. There are a lot of fine lines.

The FCC can also makes temporary exeptions to rules for experimentation and disaster relief if you apply for one. A temporary exception was recently made to help the relief efforts to Hawaii.

Which FCC temporary exception for the Hawaii relief effort are you referring to?

On a large scale, even if there was lots of compression and digital encryption helping, I suspect that some permanent band/frequency assignments would be needed. But this could be a real boon in many remote areas of the world where reliable internet may still be a long way off.

Which FCC temporary exception for the Hawaii relief effort are you referring to?

They allowed a temporary increase in the symbol rate of digital communication for communication related to relief efforts.
http://www.arrl.org/news/fcc-grants-temporary-waiver-for-hurricane-lane-relief-efforts

Encryption would be a real issue on ameteur bands. That’s strictly forbidden accept for control commands of satellites If traffic is encrypted there’s no way to enforce many of the the other rules. I don’t think they would budge on that rule. I don’t know if they would even issue a temporary waiver.

That said blockchain is based on public ledgers so basic off grid transactions should be doable without encryption. My concern is about the security of the chain. It requires a huge number of peers to remain secure because it’s based on majority agreement of the chain. Note: I’m not a blockchain expert.

Edit:. I take that back. Encryption is needed for identity and integrity. Also there are a few other cases where ameteur radio passes encrypted traffic in mesh systems. It’s not clear if that is legal but I don’t know of anyone being prosecuted. The FCC is very confusing.

Is that the Pactor 4 thing? I’d love to use pactor but the hardware cost is $$$$$

I wish they would provide more detail on this story. transferring data at the VHF/UHF range is much faster than in the HF range. Have you ever sent an email over HF using Winlink? it’s S…L…O…W… also the radio they are using is not something that would be able to get around the world on it’s own (off grid as they say). You need HF for that. Still it’s a neat idea

I don’t think “these people” would care about using encryption over VHF/HF in the Ham bands. If done the right way (mobile) it would be difficult to catch them as long as they keep moving. Of course they don’t know about the “Ham Police force” would be out tracking them down. lol

Is that the Pactor 4 thing? I’d love to use pactor but the hardware cost is $$$$$

Yes to the best of my knowledge it’s 4. I don’t have pactor 4 money either. There’s a lot of gear higher on my list till that price comes down.

Paging @rmyers to share his thoughts on RF and crypto tx!

I can see lots of grey area here. A Bitcoin transaction contains a signature, but that’s an encryption, it’s just supplying proof that you own a private key that corresponds to some address.

The larger issues might be how the FCC feels about financial transactions going over the amateur bands. But then you get into philosophical questions about whether money is speach.

FYI, you might find this presentation about sending Bitcoin transactions over HF interesting:
https://www.reddit.com/r/Bitcoin/comments/7b45o2/scaling_bitcoin_2017_talk_nick_szabo_elaine_ou/

I’ve taken a look at there website and white paper. It seems they are primarily a proof-of-storage style blockchain with a plan to add a DAG (directed acyclic graph) system for doing payment channels. The radio thing seems like something tangential that is supposed to demonstrate the advantages of a PoStorage based system.

Each transaction is about 176 bytes, so similar to a Bitcoin transaction. They don’t seem to be worried about bandwidth, so not really optimized for radio.