Communications from Non-Humans: The ComeBackCollar?

Today I thoroughly broke the warranty of my first goTenna, if it was not already roadkill after running over it with the Land Cruiser a couple of days back in a fit of old age stupidity. It had been somewhat flaky since the accident. Bump the case and it might be fine or it might start generating random weirdness. It was clear the power button was somehow involved, a others had noticed its vulnerability to violence over and above what it was designed to take in terms of abuse.

Uncertainty about my device’s status led me to tear mine down in a repair attempt, which was semi-successful in that I have a working goTenna, but it’s not pretty. Once husked out of its shell, though, it’s a surprisingly svelte package. A previous disappointing experiment in tracking one of our cats with a product similar to Tile got me thinking about the generally positive user experience, much better integrated maps, and considerably greater range that the goTenna provides its human users.

Could something based on goTenna technology become somewthing like a “ComeBackCollar”?

Once auto-tracking and reporting is enabled, you’d be able to track your critters as they wander about or, in the case of our cat, Wally, figure out where he’s ditched that new collar we just bought him.

Right now, if your dogs are big enough to get off the porch, they could certainly pack a goTenna attached to their old school collar. For smaller dogs and cats, some additional streamlining in the next generation is needed. But the basic package is small enough to fashion into a collar form-factor without too much more shrinkage. This may not be the sort of thing that goTenna may do, but it may fit into the larger scheme of its licensing the underlying software and intellectual property for similar purposes. And the pet market is HUGE in terms of dollars, so its income could become the tail that wags the goTenna Mesh dog.

On the other hand, this might already be goTenna’s Top Secret “Pet Project” Z. Shhhh!

There is no GPS chip in the Gotenna mesh. It uses the GPS in your phone / tablet / ect…
Perhaps a future iteration might include a GPS. At that point your idea would be pretty interesting. I could have used that with my chocolate lab when he was younger. I honestly can’t tell you how many times he ran off. Of course he knows where his food comes from so he always came back.

Good point on the need for onboard GPS in this iteration. I don’t expect that would be a problem, tiny GPS is available, except for cost perhaps.

In our case, yep, Wally always comes home from his adventures. It’s the cost of replacing the collars. I or a neighbor manage to find about 1 in 6 of those he loses. At $5 to $10 each, that would pay for a ComeBackCollar pretty quickly, certainly would on an annual basis. 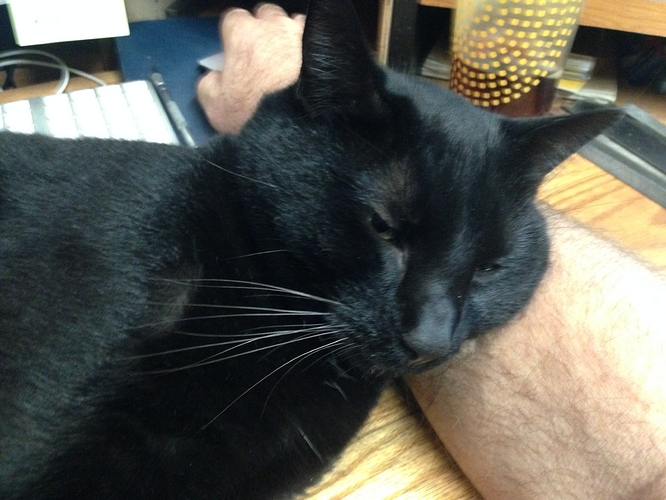 As I understand it Gotenna didn’t add GPS primarily due to cost. It would be redundant when used as intended with most devices anyway. Who knows, when they get that USB SDK out we might be able to add a GPS ourselves.

Yes, a little hacking could add on GPS. I’m most familiar (beyond my Garmin eTrex and car units) with the modules they make for drones. Looking at one right now, 18 mm x 18 mm x 6 mm, complete GPS + GLONASS + antenna, all on one chip. $11.

Not sure what the OS involved is, whatever it is that the drone hackers use I suppose, I’m pretty much plug-n-play or no play when it comes to complicated stuff.

The main issue will probably be keeping it located at the top of the collar so it doesn’t swivel around under the animal’s chin.