I’m not sure how to categorize this, feedback welcome.

Perhaps I’m crazy, but would anyone have interest in goTenna Mesh compatibility with flip phones, or a flip phone with Mesh hardware built-in?

Ideally, I’m picturing something like the Motorola KRZR that either has native or SDK support for goTenna Mesh communications. It would have access to 3g networks for calling and SMS, but also have a way to talk to GT Mesh units. Since 3g phones have a GPS chip in them, map/location functionality should even be possible. Not to mention, the best features of a flip phone are durability and multi-day battery life.

I thought I found the perfect compromise with Tracfone’s Android flip phone (the ZTE Cymbal-T), but to have a large enough screen to make Android usable, the phone is so unwieldy that it is laughable. That, and the battery life is shorter than my iPhone 5s.

Currently, the only things holding me from going back to a flip phone are mesh compatibility and a decent camera. I’m curious if anyone else is in the same boat.

I had a device called a Peek. All it did was email and text messaging. I had weather emailed to me and I set up news to come in. I could go back to something like that as my primary device if they hadn’t stopped supporting them.

My ideal device would probably include an eink screen, a camera, voice recorder, and the ability to play music/audiobooks. I like my large screens and lots of features but I don’t need to carry that stuff everywhere.

I’ve been thinking about a Gotenna in a Pager style box with a small screen. Perhaps have some canned responses and the ability to pair with a phone when needed.

Alright, Let’s build on that pager idea. A Raspberry Pi Zero W has Bluetooth-LE, and being ARM-based, it should be able to run Android and therefore the goTenna app. It should be relatively easy to build a Pi-based pager that connects to the goTenna Mesh. The board of the Mesh unit itself could be built-into the pager and run directly off the battery pack (you’d need a big battery to keep a Pi going all day) with the side benefit of acting as the battery gauge and possibly as a battery charger.

This screen would provide a nice base to design around. Same footprint as a Pi Zero: 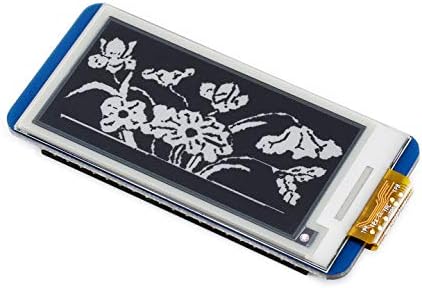 I love the idea. I’m not sure if the Bluetooth low energy drivers for the PI zero W are available yet. Regular BT works but Gotennas need the BTLE. I would prefer to use the Gotenna USB SDK anyway and those should be available soon. I’m going to have a look at that screen.

We would need to add a few buttons at least or a small keyboard of some sort. Too bad that screen doesn’t have touch support. We could use something that sips power like an Audurino with that screen instead of a RPI.

We would also need a pager motor and/or audio output for notifications.

I see something like this possibly built into future diy MOAN units and relay nodes.

Well, if the Pi doesn’t support LE in software yet, then I think waiting for USB SDK and using something more energy efficient would be better, especially if the Mesh Bluetooth radio can be turned off while connected over USB to save power. Energy consumption is definitely an issue with the Pi for mobile uses. The Zero at idle pulls 80 mA at 5 volts, which would drain a flip phone battery in a few hours just being on.

I would think something could be built into an Altoids tin relatively easy. The trouble is finding a keyboard that small for 2-way comms. I just bought a Motorola Photon Q slider phone to see what typing on a small keyboard is like compared to a smartphone touchscreen. It’s one of the last slider phones they made and for a 6-year old phone, it still has a rather healthy developer community behind it (with mods for a bigger battery, more RAM, and a SIM slot being actively worked on if not already completed). Plus, its 4.3 inch screen means it’s a fairly compact device, just slightly larger than an iPhone 5s. Regardless, I’d still like to build a communicator once goTenna coverage in my area is good enough to ditch cellular altogether.

Maybe it’s time to update the thread title to goTenna Communicator? I started it with the idea of combining goTenna with a traditional flip phone (I still really like that form factor), but I realize now that something designed more like the LG enV suits the goTenna better. Flips were designed as voice-first devices, where the enV was the texting phone of choice in the late 2000’s before smartphones took over.

I was thinking five buttons would be the minimum to compose a message and navigate menus. The device would be programmed with a few canned responses as well.

What we really need a Basic Sat messenger with a cheap annual fee. $20? (yes I know there’s spot etc but cost is to $$$)
This mesh stuff will not work out unless its put into every phone or router. Even then when your in the middle of nowhere the chance that some one will have a gotenna or a node is next to nothing. I’ve taken my original gotenna hiking in the whites the past few years and have sent a bunch of msg’s out to all and never received any thing back. The idea is nice but the range is not good enough and goTenna is not doing enough to get mesh stationary devices where they need to be. They should apply for a grant, and put goTennas in every major state and national park. or at least be giving them a solar powered setup for free.

While that’s true, keep in mind that the goTenna Mesh hasn’t even been out for a year yet. Look how long it takes for a new USB standard to reach critical mass (Type-C is still niche outside of the latest Android phones).

There are also musings about getting some goTennas in orbit (see thread ISS goTenna).

The chance of that ever happening is zero. Better chance for goTenna to send up their own micro satellite! (which is also slim to none) Its so obvious to me an any one else they should be partnering with parks and give them FREE stationary relays. I mean there are Huts in the Whites that operate year around and have some Solar power. It looks like goTenna does not want to build out their network, it wants us to do that for them. Now it seems goTenna Pro is their next try to bring $$$ in. But hard to see that going any where.

Don’t think the goTenna people are thinking correctly on how to make the device useful. If there are no stationary relays then the chance of goTenna being useful goes down exponentially especially in places like parks where there are large distance (usually with our cell service). If i’m hiking by myself the chance that some one else has a goTenna in my range is almost 0, which makes the product pointless to bring on hikes. If you have stations/relays the chance others will buy and bring their own goes up exponentially

The idea for now is that a group of hikers or travelers have goTennas to keep in contact with each other. The Mesh product isn’t at the point yet of being its own network that has similar reliability to cellular, but several of us as well as goTenna are working to get more places covered by stationary nodes. goTenna is working with ski resorts, the rest of us are covering towns and cities with a few strategic nodes. Besides, I imagine quite a few people are abandoning goTenna V1 for Mesh, as it offers much more functionality and better range.

If we want to continue discussion on getting Mesh to everyday use standards, then we can split off another thread.

I was curious on where message encryption happens. Does the app encrypt the message and then send it to the Mesh for broadcast?

I look at the Mesh differently. To me it’s something you use to build your own network. If I was hiking by myself then I don’t need the goTenna Mesh units. I would either take a Sat phone or an HT or maybe both depending on how far off grid I’m going. If I were hiking with a few people then I would take several goTenna Mesh units for group communication. If I needed to reach out for help I’d use a Sat phone or HT. As a Ham (Amateur Radio) I have the option to look for and use repeaters in the area, but others in my group would most likely not have the equipment, or know how to setup “tones” in the HT to open up a repeater. Communications can be tricky, you have to pick the right tool for the job. I’ve been places in Mexico where my Sat phone (Iridium 9505) could not get a signal. Being in a valley surrounded by high mountain equals a narrow view of the sky. (see photo below).

The RFinder radios are waiting for FCC approval, expected to be released in September. Until then, all orders to USA will be noted as pre-orders. Orders to be shipped outside the USA will be proces…

Here is a video on my latest device which I use daily. The RFinder K1 UHF DMR Smartphone. A completely new design, new motherboard, great look and feel, and just a pleasure to have with

Interesting device. It also costs $1,000. It is apparently compatible with some US cell networks. My guess is that a ham license is required to legally operate it. Is it FCC type accepted? That wasn’t clear in my quick reading, but perhaps it is?

Nice to have the goodies, but unless I’m getting the wrong impression, this isn’t a radio that the general public can buy for less than $100, which doesn’t require a license or training to use.

Where did you see 1000? I thought I seen it for 699. Still not cheap but for a phone that can do Ham stuff, cell phone stuff and goTenna stuff it does not seem that bad. You would only need a tech license to use all if it’s features. Not a hard thing to get.

The $1k price was somewhere in the first link. Usual discounts apply, I suppose. And these devices are a tempting step up from the Baofengs.

But something that expensive and requiring any sort of license isn’t the key to expanding mesh networks. It would be good if mesh were built in, but that’s a choice the product’s designers made. Not sure what the FCC type acceptance restrictions are on the GTM and whether they have already been set in regards to such combined services offered together in a bundled device.

For mesh to really bind us together, what’s needed is widespread coverage from lots of inexpensive devices in the hands of people who use them for all sorts of practical day to day things, with perhaps some poetry on the side (don’t forget we need the arts as well as the entirely practical things of daily life.) The key isn’t so much in making an individual device superpowerful, but in making the network strong through comprehensive distribution.

Of course, building a GTM into more sophisticated devices is still a good thing, as it adds to the scope of the network. It’s just the most difficult and least productive path to take for spreading the mesh most widely.