In The Mesh, our magazine on decentralization writ-large, is Live! 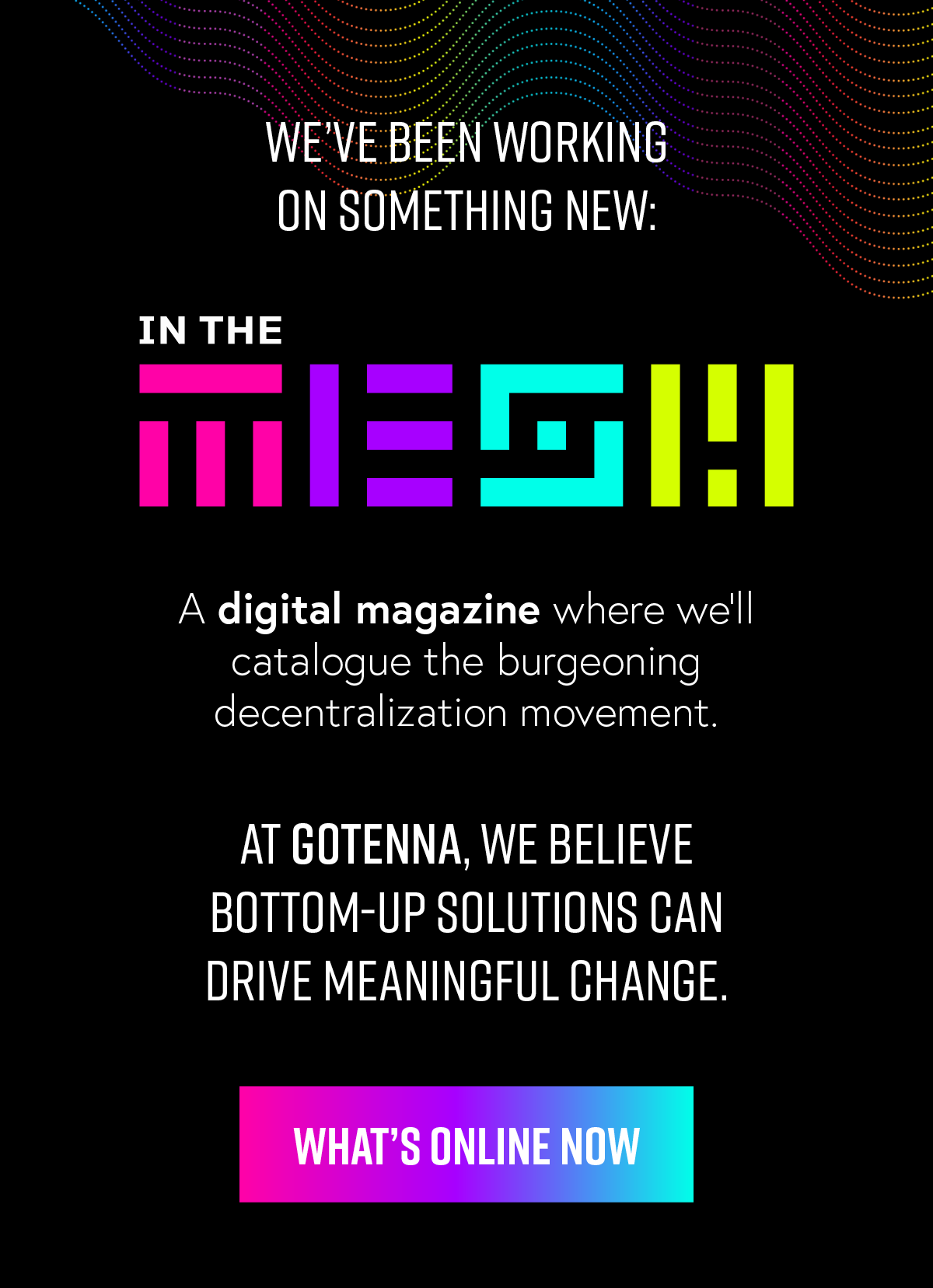 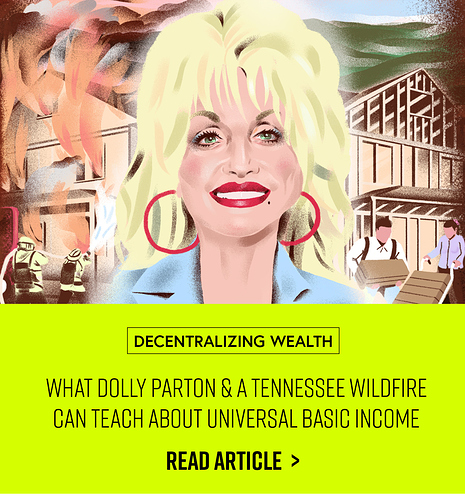 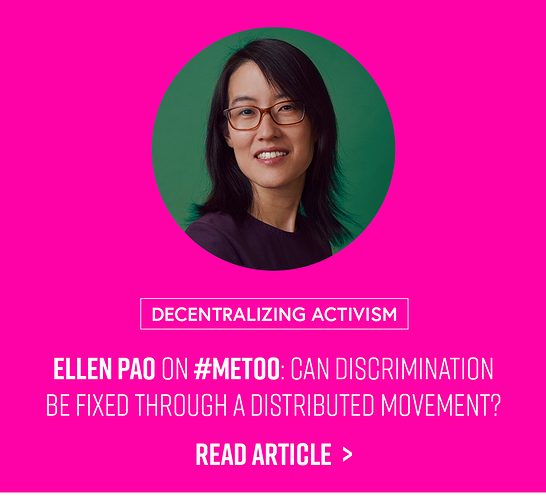 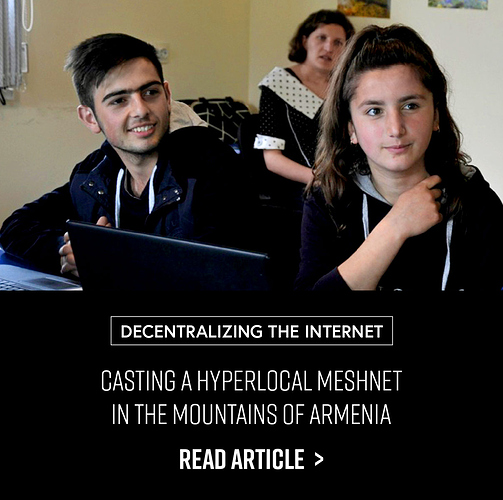 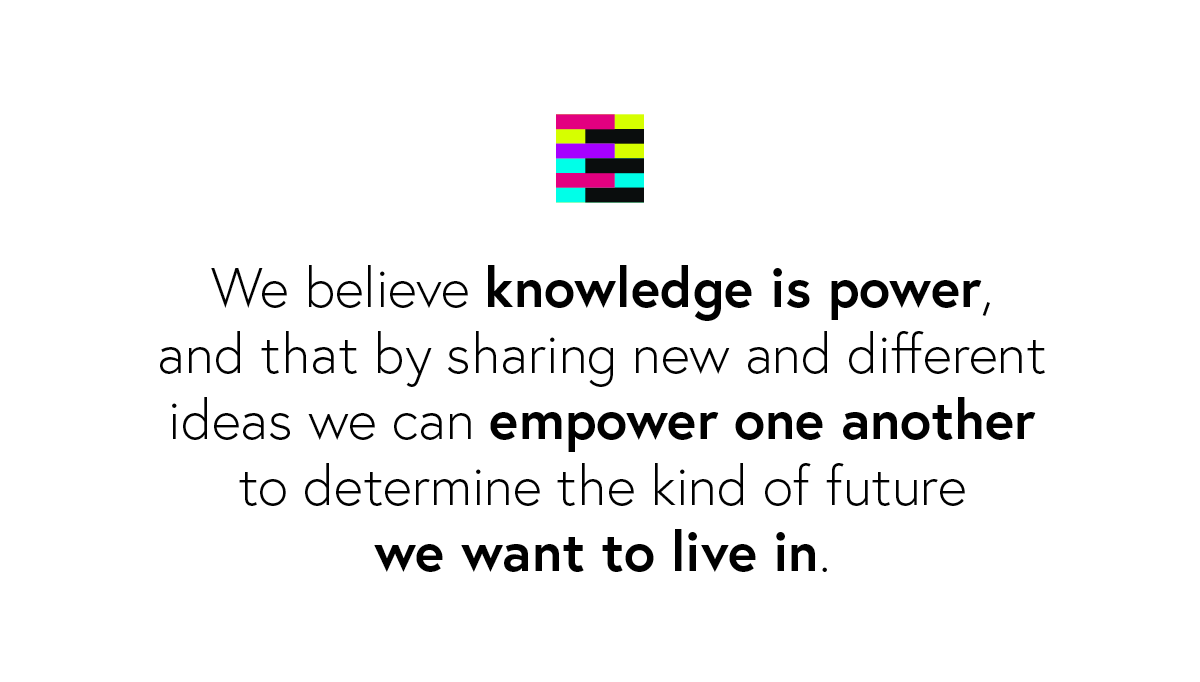 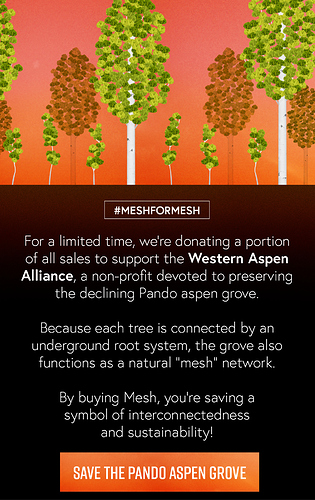 I’m looking forward to reading Mesh, as I enjoy reading Eamon’s thread on decentralization. Sure glad taxes are over for now so I have some time o look it over.

I always enjoy aspens when we’re in Colorado. I need to get back, as grad school pretty much broke my generally evey other year travels there. My last trip there was in 2006. Time does fly.

Anyway, I looked for some pics of the Pando Grove and I don’t think I have any. I used to have a fantastic video of Tunnel Motors hauling freight on the Rio Grande’s old Tennessee Pass line from a visit when my brother and I spent several hours trainwatching at trackside at Pando. Those were the days! Now, the Union Pacific has mothballed the line for a decade or so and we lost the video in a house fire. Easy come, easy go.

So y’all will have to settle for this beautiful shot of the Isuzu Trooper II I used to own stopped along a trail somewhere south of Pando. That’s my brother Dave walking around the truck. 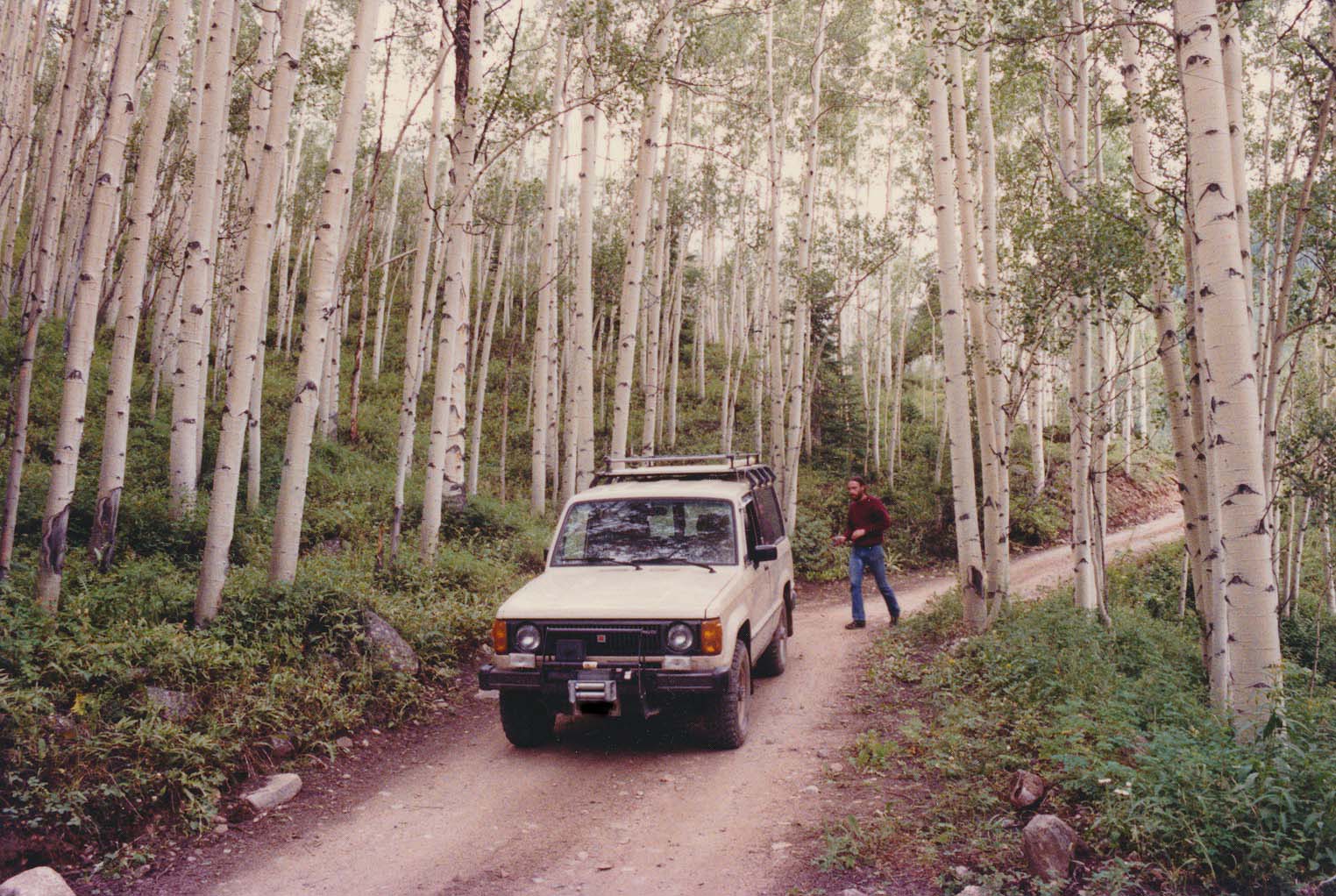 That is a spectacular photo!

Eamon,
Thanks! Colorado makes such pics easy pickings for me. I tend to grab a bunch and I haven’t actually been back since I switched from film to digital. The cost of developing used to keep me in check to a certain degree.

It didn’t for my sister-in-law, who managed to take about a grocery bags worth each of the first few times she went with us. She’s since calmed down…

Dave and her visit every year now, as they went into handmaking soap after being laid off from building elevators for Otis. They visit the festivals in various towns on weekends and camp out on the trail during the week in between. So it’s fitting that Dave’s in the pic, as he’s made the leap from corporate confines to again making by hand what was one of the first centralized mass market consumer products – soap. Ironically enough, our sister is retired from Proctor & Gamble!

So our family is fraught with all the contradictions inherent in a society that likes its goods, but which also wishes they were made closer to home, closer to the earth (the soap’s name is Earthdrops), and made efficiently enough to compete against mass produced items on price while exceeding them in quality.

It’s a show of faith starting any kind of periodical in the current market, but I think Mesh is both much needed and a reminder of how big a challenge we face in building a sustainable future when we understand that to be truly sustainable, it must include us all.

So our family is fraught with all the contradictions inherent in a society that likes its goods, but which also wishes they were made closer to home, closer to the earth (the soap’s name is Earthdrops), and made efficiently enough to compete against mass produced items on price while exceeding them in quality.

We do a lot of thinking about technology and the future around here (because, well, we’re a tech startup). But for all of the incredible advances that have happened in terms of innovative new technology, I think it’s really important not to conflate “future” and “high tech”, as a lot of people and media seem to do. Personally, when I try to imagine what the future will be like, I tend to think of something much closer to what your brother and sister-in-law do than The Jetsons or what have you. There’s technology involved - to be sure! - but what makes it the future is not that there will be new kinds of robots and gadgets, but that we will find new ways of organizing society so that people can live in a way that is freer, more sustainable, etc. This is partly what we’re talking about when we talk about decentralization in In The Mesh.

That is very much along the lines of what I’ve often thought. We should make informed choices about the technology we use. New is often better, but these choices become more relative down the road. We’re facing that right now in terms of the economic dislocations of globalization. Where will jobs be exported next? It may be the end of the line of that model, as well as the belief that enough service sector jobs will flow in to sustain the outflow from manufacturing.

Without conscious effort by government, labor, and industry, there will never be enough consumer-grade jobs to sustain the new economies that are anticipated but seemingly never materialize. There are few if any material frontiers left to soak up excess labor coming online in the future. Yet we cannot sustain a just and democratic society if more and more of us are denied even the opportunity to meet our basic needs through labor. One look at problems around the world and much of what seems perplexing is tied to the same basic problems of a mismatch between basic human needs. the distribution of wealth, and the tendencies to get stuck in certain ideological boxes, blind to workable alternatives because the alternatives are associated with what some see as the “wrong” opinions.

Technology offers some answers, as well as cautions, about what humans can do to alter their environment and societies in ways more productive and less devastating than current practices. For the last 200 years or so, the primary metric for assessing the success of most commercial endeavors has been return on investment. We are only now beginning to realize that this single-minded focus shortchanges the ability of the bulk of society that doesn’t have a substantive stake in the financial markets from sustaining itself.

What we need is to find and promote use of appropriate technology, that which is best suited, not just financially but in terms of the net benefits it provides to society when all its environmental, social, labor and health implications are taken together.

I had a chance to spend a little time with In The Mesh this weekend. The magazine is a fascinating mix of timely and thought-provoking topics. Of course, the first thing I read was the article on the Pando Aspen Grove. That’s when I found out that the Pando Grove being discussed is in Utah, only coincidentally named the same as the aspen-adorned area around Pando, Colorado on the Rio Grande/Union Pacific Tennessee Pass line.

I’ve never been to Pando, Utah, but I’m sure it’s very beautiful as is its Colorado namesake. If you’re seeking aspens, especially at the height of their fall colors, you cant go wrong going to either location.