Had a chance to get out in the fresh air for week in Michigan. Our party’s communications needs were modest. There were two Toyota Land Cruisers involved. We easily paired up a pair of GTMs with the cellphones of the other couple, who’d never before used them.

I used the pickle jar mount and placed another on the hood of the other 80 series. It sported a full-length aluminum roof rack mounted with a palatial top-tent so no room and quiet a reach up there anyway — it was running 35” tires with a 6” lift. It was that way as purchased but is due to lose some left and revert to 33s in the future. However, an easy mount was made by attaching the magnetic pickle jar to a spot in the center of the valance that the windshield wipers are mounted on between the hood and the windshield.

Mostly the goTennas serve as a backup in case we got separated. Not much action to report except for the peace of mind it gave us in the many areas of the Upper Peninsula that had no cell signal.

We mostly were just hanging out and communing with nature. A highlight of the trip was a twin-catamaran boat ride to photograph the gorgeous cliffs bordering Lake Superior’s shore along the Pictured Rocks National Lakeshore at twilight when the light is stunningly intense. Here’s a pic of me sporting my goTenna Mesh on my satchel, which is a handy place to store an extra battery for powering it and the paired cell device. 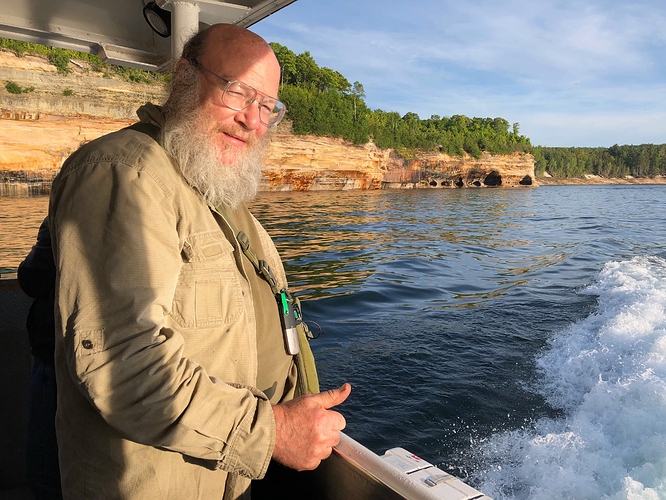 Another pic showing some of the dramatic beauty of the location near Munising, Michigan. 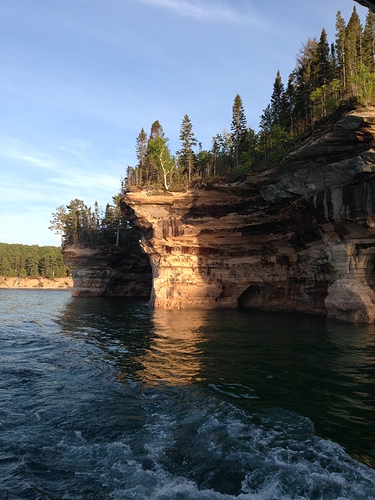