I wasn’t sure where to even post this one but read this article and then tell me if you are thinking what I am thinking. 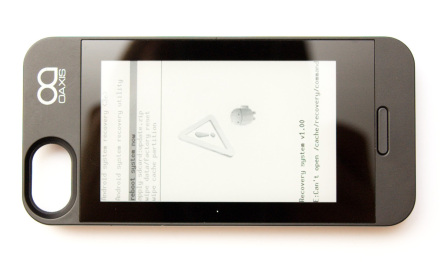 Cellphones! Cellphone cases! Now that Radio Shack is kaput we need to pick up the slack! A company named Oaxis has been making cell phone cases for a while now, and they’ve recently rolled ou…

@giqcass I am not a big fan of eink displays (atleast not yet).

They are unresponsive because of the slow update time of the screen. I suspect you meant to say hard to read when not in direct sunlight without a backlight which I also would have to agree with. However they are very power efficient displays.

I’m not suggesting Gotenna add them but rather it would be interesting to see if the device in the article could be made to work with a Gotenna since it run Android. It would be an interesting project an could compliment a MOAN.