I have a Mavic Pro drone. Having the included payload of a goTenna mesh does not seem particularly burdensome in calm conditions - and having that ability to bring a relay up to relatively high altitudes could greatly increase long-range reception. There are a bunch of different mounts for drones (and other things) for mounting GoPro cameras. So I put together a little mount so I could attach a relay to the underside of my drone without obstructing the sensors.

The design was intentionally made to be very lightweight - so it’s probably not particularly durable. But for normal flight, it should be fine. This is a first draft and I can tighten up some tolerances and strengthen a few areas - but this is probably “good enough”.

You can find the stl and modify it to fit your needs. It’s available (with more photos) here: https://www.thingiverse.com/thing:4015022 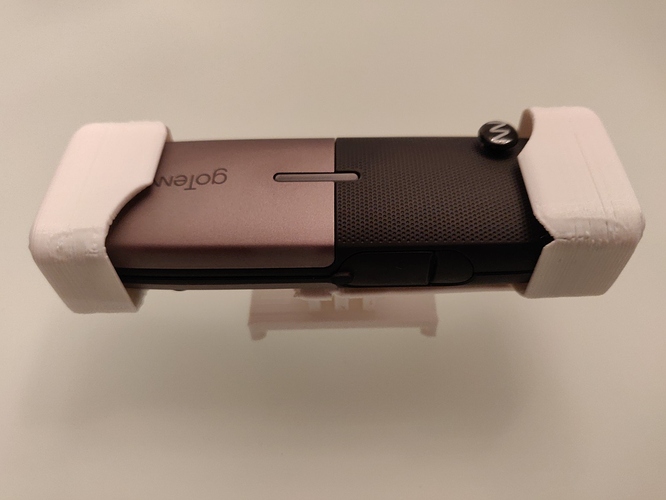 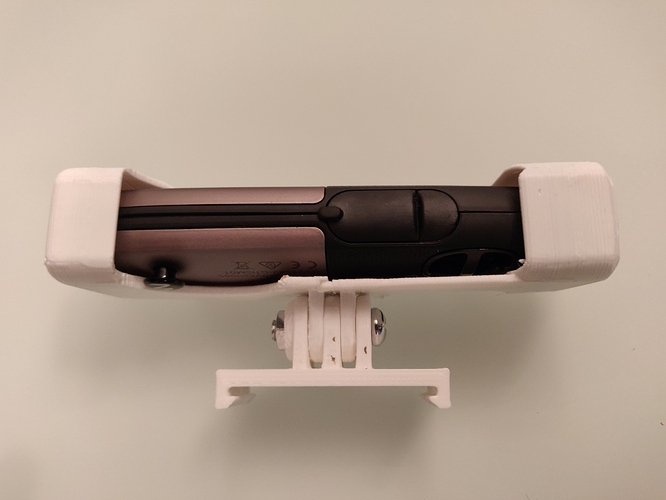 Brian,
Nice work on the drone mount and thanks for sharing your work with the mesh community by making it available as a 3D printable file.

Would love to hear about the results and see pics of the mount on your bird.

I’m about to head out for a week - when I’m back, I’ll try and get some photos.

The whole payload is 317grams with the drone, micro SD card, goTenna, 3d printed mount and the steel nut / bolt (that could probably just be printed to shave some grams). If someone does do this, be aware that DJI provides a “Payload” option that reduces speed / turns to increase stability. Haven’t flight tested thoroughly, but it seems like a decent option if legal and/or there’s imminent need. The version you see here has been changed a bit from the original to strengthen some weak points and reduce slop. 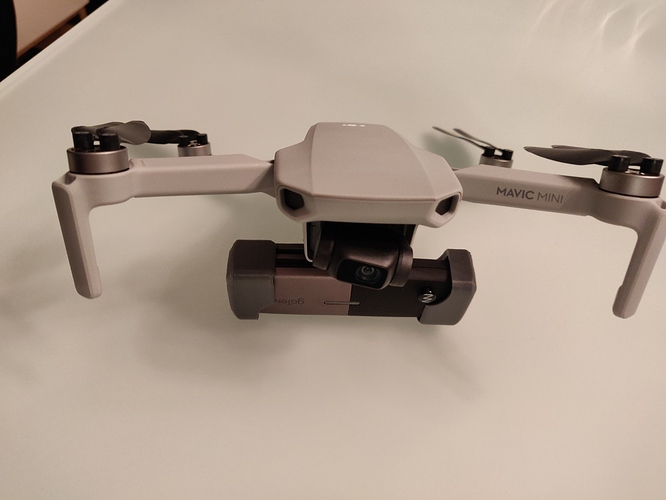 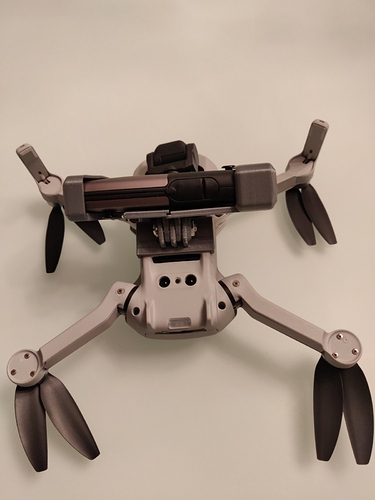 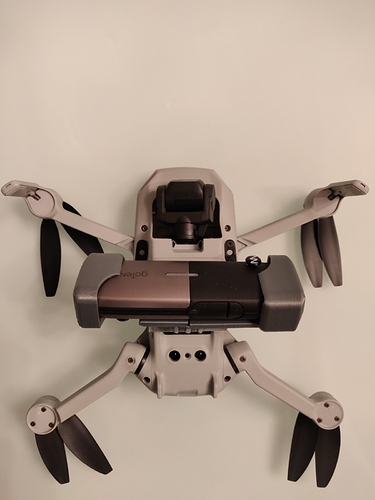 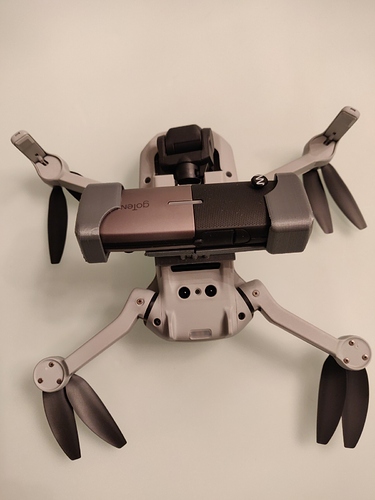 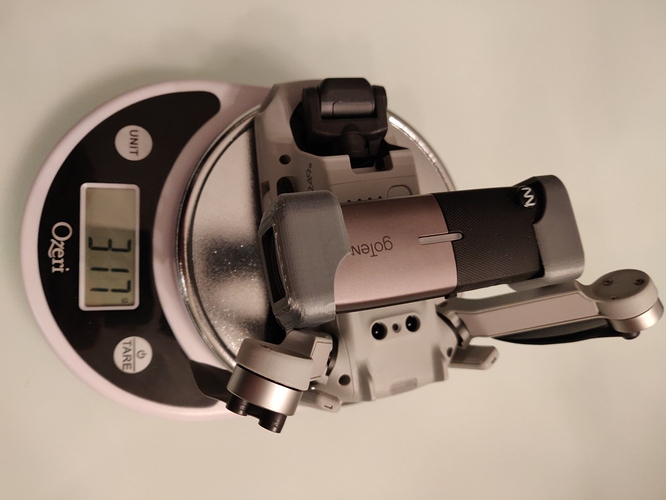 Nice work! It inspires a few questions. The drone looks Mavic-like, but guessing it’s one of the newer, smaller DJI drones?

That would exceed the 250 g FAA max weight to fly without a sUAS certificate of registration #. It just needs the number affixed to make it legal to fly in the US. YMMV

I am curious about the mount perpendicular to the drone’s main body. Seems that would catch a lot of air in forward flight, but this is not as important for a multirotor as it is for a fixed wing aircraft.

Yeah, this is a Mavic Mini. It weighs 248g ready to fly. The 317g is fight configured with the goTenna and mount. I also have an original Mavic Pro, but it’s not here with me now. You’re right that if you wish to legally fly with an unregistered drone, it must be under 250g. But you are able to fly in this configuration indoors (for testing) or normally after registering. My Mavic Pro is registered. But what others choose to do isn’t my business.

The reason for mounting perpendicular is to prevent the goTenna from obscuring the downward sensors (you can see them in the pics of the underside). They are near the rear of the craft - if obscured, I’ve heard of (but not witnessed) fly-aways where the drone thinks it’s just chillin on the ground since it detects no height and tries to climb…forever.

Regarding acting as a sail - yeah, that is one distinct possibility, but I would expect most uses of this to be balloon-like (that is, loitering directly above) or at least very little lateral movement where such considerations are largely inconsequential.

I’ll be in some Class-G airspace this coming weekend where I can try out this mount either after registering this or with my other drone. Will keep you posted.

Interesting about those sensors. Never would’ve thought of that as a problem, but makes the orientation totally understandable.

I’m in a similar situation with my drone, but not sure yet it has the oomph to boost a GTM or not. It’s a Cheerson CX-23 and it similarly is just below the 250 g limit and will similarly go over the limit with the extra payload. I have a current FAA# because of an older drone I no longer fly, so can easily label it when it comes to testing. I am fortunately just outside the local airport’s 5 mile ring, so can fly to 400’ out of the backyard without needing to “check in” with LAANC, just gotta watch out for the medevac helos coming in and out of the local trauma center.

So for the Mini, this looks great…but clearly won’t work for the Mavic Pro (first edition) due to sensor placement diffs. You’ve gone underslung. I think for the MP1, mounting atop the battery might be simpler. I realize that puts the battery between the GTM and the world below, but if the GTM were mounted perpendicular to the length of the drone (as has been done for the Mini, here), it seems like the interior antenna would have some LOS to stuff below.

The other possibility would be to mount the GTM vertically on top…The mass is probably low enough that it wouldn’t greatly perturb the aircraft balance. And if done sleekly enough, probably not a huge issue wind-resistance-wise.

I’m considering this as a way to get a relay up high when off in the seriously lumpy hills. At least, until the FAA makes it unlawful to fly an MP1 anywhere at all.

I had only designed the goTenna mount itself. The GoPro mount can be of any type. I’m sure there are stl be files that can mount atop a drone, but for this specific one, the mavic mini mount was already made - I just had to interface with it.

You’re right that my design does dictate orientation, though.

Edit: here is one example of a mavic pro mount my model should interface perfectly with: https://www.thingiverse.com/thing:2952408

Get three drones, three charging pads some software for autonomous flight and you can keep one in the air 24/7.

A helikite is probably cheaper though

One concern is that communications are more likely to be down during storms - where a drone is impractical / dangerous. A kite of some kind may work well in some of those situations. But the mount I designed is agnostic to whatever it’s connected to - anything that has a GoPro mount will work. Here’s an example of a mount that my design will interface with that connects to a kite line: https://www.thingiverse.com/thing:27109

Hey, I like this. The jungle marker version would be a nice item to have in an emergency kit for post disaster ops. Adding a wire antenna for ham radio would complete it.

The smallest one (65g capacity) is £110 in UK so quite affordable, plus helium cost of course. 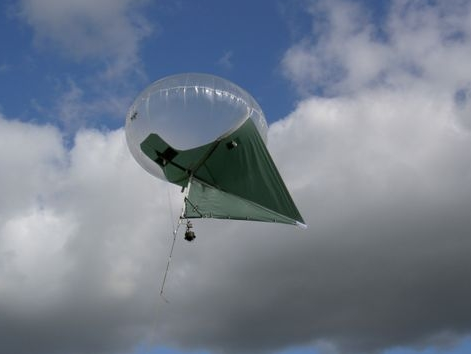 I’ve tested some kites work well. Amazon reels and 1000 feet of line get it up. Keep off relay mode and flashes alot for you to see at dusk/dawn. Just have to mount properly or can upset balance of kite.

I’m 10 feet down string and works however my old kite has done some nice death dives unless corrected. And over 300 feet of line you get real good pressures against it.