I just thought of something that I think is genius. Okay, so companies are putting cool features into car cigarette lighter to usb adapters. I saw one at walmart that charged your phone and was also a wireless media center. Or the Kickstarter project that was created to help find your car.

Would the community be interested in having a relay that just plugs into the cars cigarette lighter?

Interesting idea. It certainly would make mobile networks more expansive due to simplicity for mainstream buyers.

My only concern is attenuation by the metal skin of the car. The other night, I sent a Mesh message from inside the mall to someone sitting in the car. Their Mesh was on the floor of the car, but it was out of range. The message relayed through the node hanging from the sunvisor because it had a clear shot through the window of the car door. It still impressed me that a message was able to go through 3 block walls and half a dozen cars at a distance of 500 feet reliably, meshed or not.

I have done quite a bit of range testing with a Mesh hanging from the sun visor. And it doesn’t seem to affect range. In fact, I have sent messages for MILES in this way. However, if the mesh is sitting on the floor or in a door pocket, this would probably drastically reduce range. And if you simply have a unit in your lighter, it would probably also reduce range. On the other hand, it could potentially still be useful as a node at short range.

I’ll have to keep the dangling from the visor method in mind. That beats my lay it on the dashboard solution, especially in keeping vertical polarity for the signal.

Without an external antenna, a plug it into the lighter form factor would need an external antenna for reliability. With a small magnetic mount antenna base and a thin coax that could route through the weatherstripping on a shut door, it would actually be rather effective with a roof as a ground plane. However, It’s my understanding that the FCC type certification requires an internal antenna with no provision for attaching a user-selected antenna.

If you want a cheap effective way to mount a Gotenna I have an idea. There are these cheap suction cup phone mounts that act like clamps. They would have no problem holding a Gotenna!
I am not endorsing any seller but here is an example. 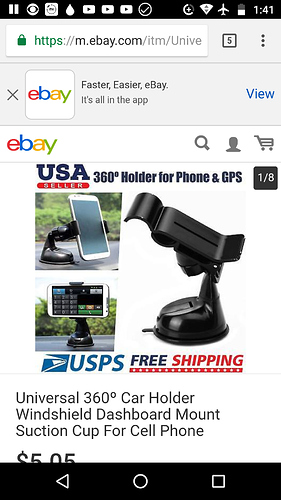 Yeah, I might even have an old GPS mount that could work. Overkill in terms of capacity when dealing with the petite GTM, I also have one to mount the much heavier Sony or other camcorder.

What would be really cool for this app and make it work without FCC issues, plus be applicable to a host of other node mounting solutions, is a slim, clear case that would hold the GTM much like Go Pro and other action cams have. Pop it into the case and you could attach to a suction device for this app (would work well hanging in a car window, too) or with various clamps so could serve the stationary node’s needs (making it easy to attach to a tower or other structure.

Another part of the package would provide an L-shaped power plug, set up to keep it waterproof by dangling out the bottom side of this goCase (see, maybe it already has a name?

)for at least 10’ or so. Then THAT would plug into the dash for power. Change out the end of that cable for 5V power or by adding a wall wort.

a slim, clear case that would hold the GTM much like Go Pro and other action cams have.

Who out there has a 3d printer? We design one in and add it to thingverse.

Alternatively there are other simple design methods. In your car might not need much more then a suction cup and a strap with velcro

)There are many cable vendors that offer 90° drops.
And that gives me an idea. More later if it works.
…later…
This is a no name cable from AliExpress that is a magnetic connection that rotates through 360. The USB part could be potted into the goTenna, to seal it, then the magnetic attachment could be made at any angle. An added bonus is that this one has a LED that shows if it’s hot, so one could see if the battery pack is sending juice. ( disadvantage, constant drain, but not much) 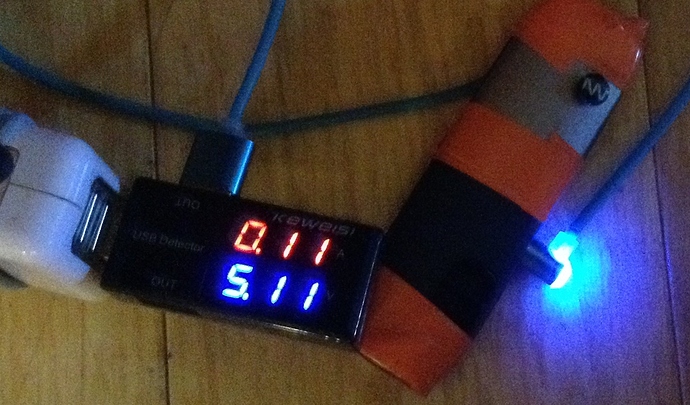 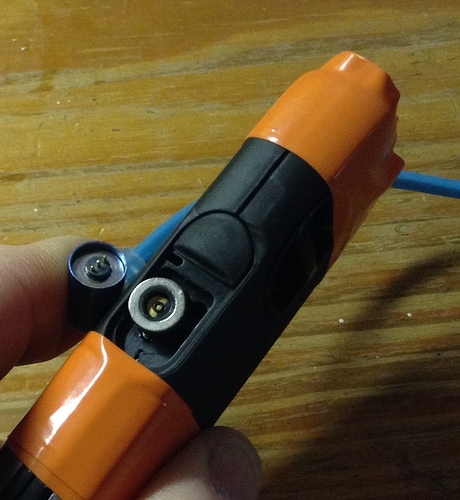 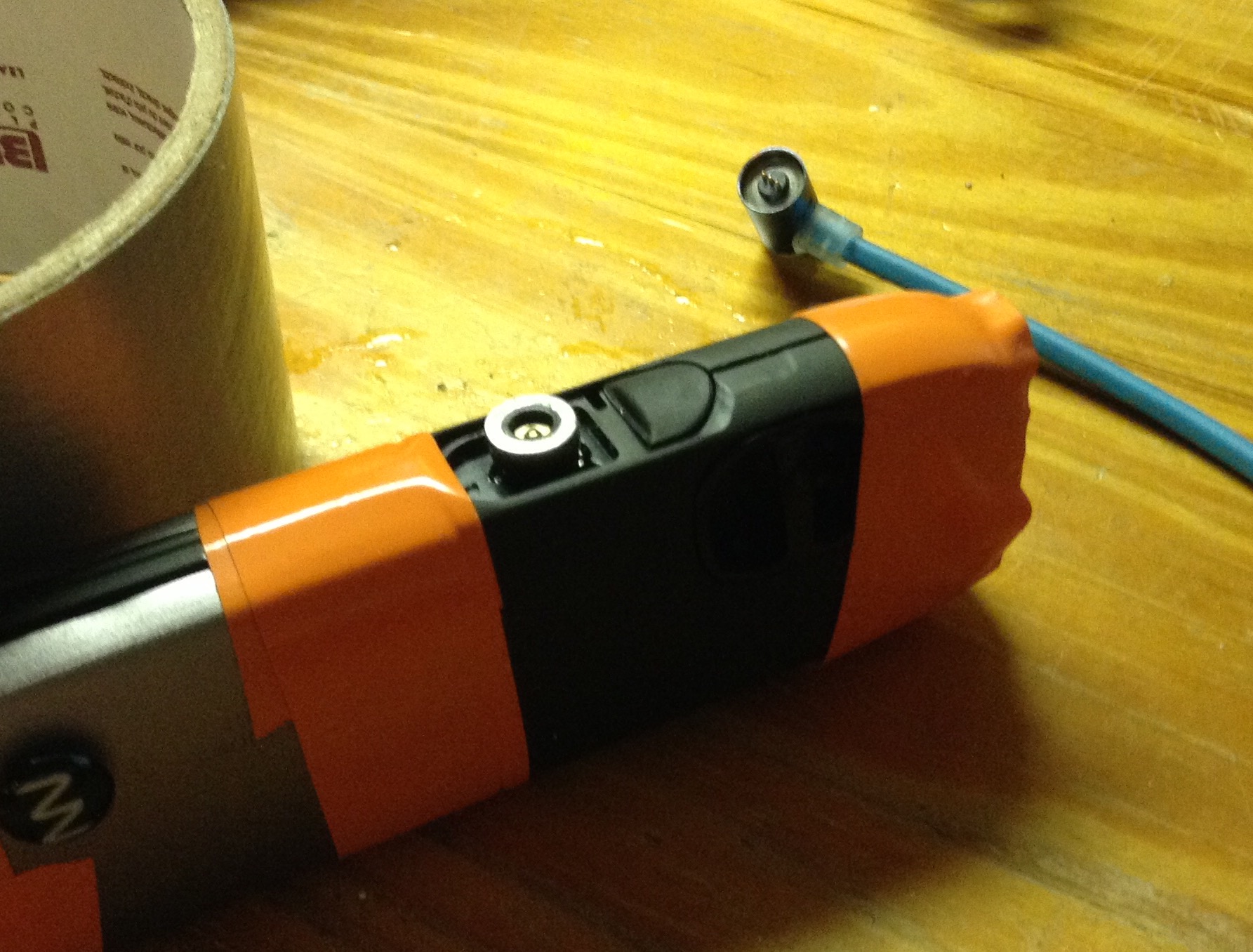 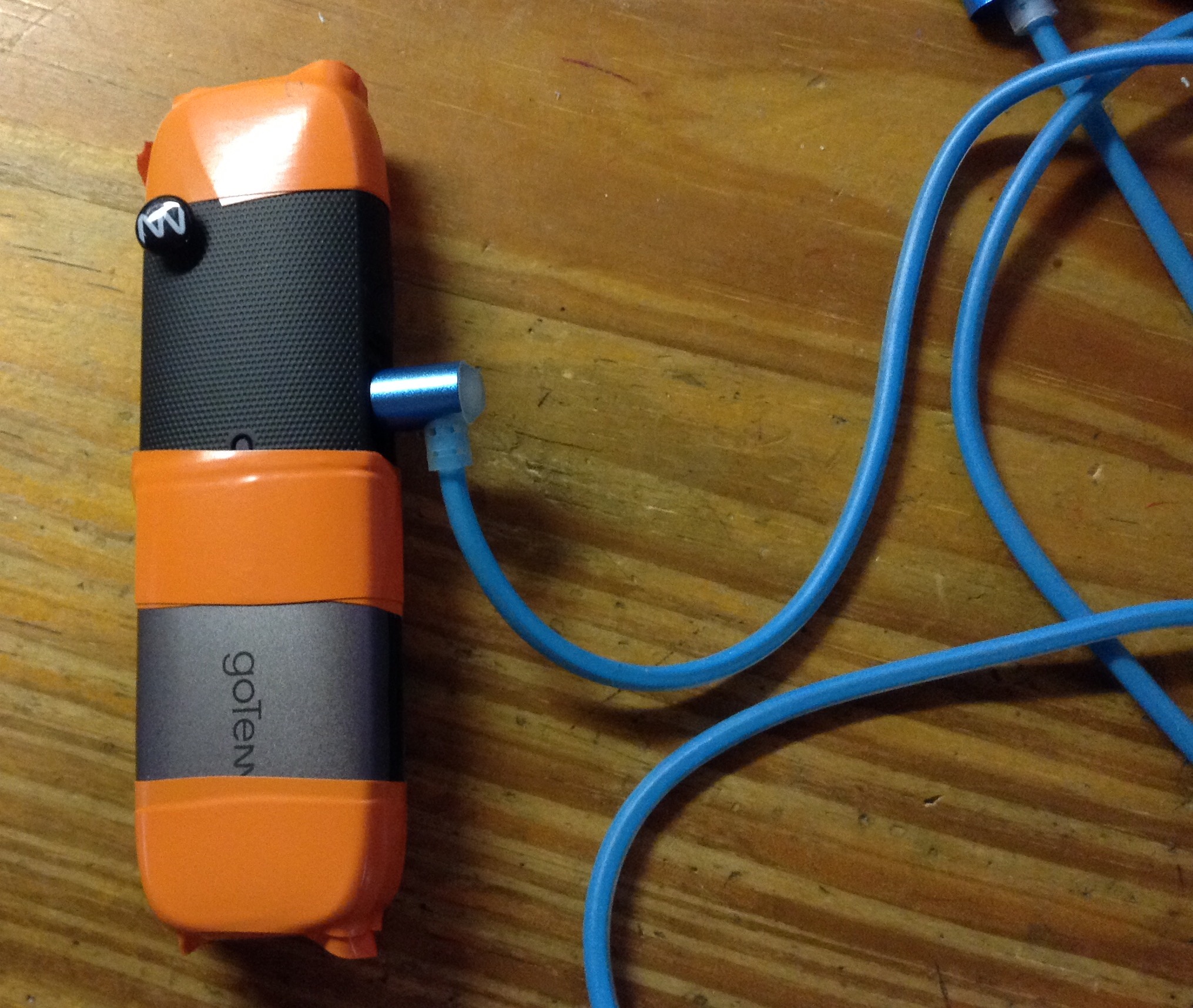 Funny, the pic of the LED only drain didn’t show up. Some data limit thang, or my mistake. Either way, it was below the radar of that little meter. 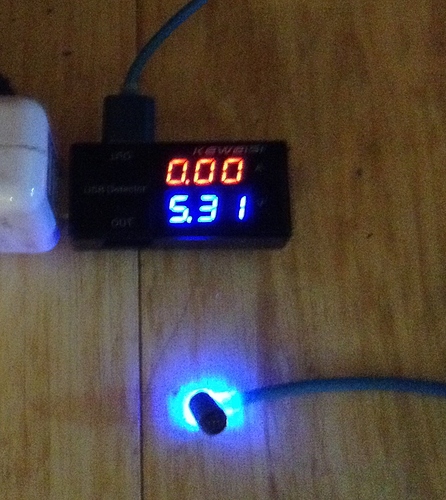 I’ve been giving some more thought to the car adapter concept. It would be neat to have something to pop your standard goTenna Mesh into and attach to the top of your vehicle. It could be shark-fin shaped for cool factor and to attract Parrotheads. Don’t laugh, even my little sister is a Parrothead.

Having cracked open a GTM myself, the case takes up a lot of space. Even better would be a factory variant, with the GTM repackaged into a a more discrete conformal fin that has a flexible “foot” to help its magnet hunker it down onto the carbody. Other than the cabling leading inside, the main change would be to re-position the fractal antenna to take advanatge of the ground plane effect of the carbody.

I think this arrangement would be OK with the FCC, as it would retain a fixed antenna for the main GTM 1 W transmitter. The bigger problem would be getting over concerns about facilitating texting in vehicles, but the GTM should be treated no worse than cell phones are from a legal view, where it’s assumed the prohibition doesn’t apply to passengers or when the vehicle is parked. If it was easy to shft into relay mode when parked, adding thousands of temporarily stationary relays to the urban area mix could have interesting results. 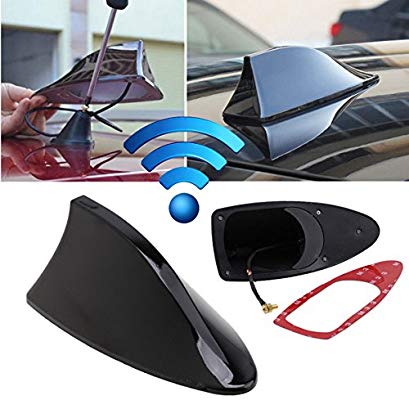 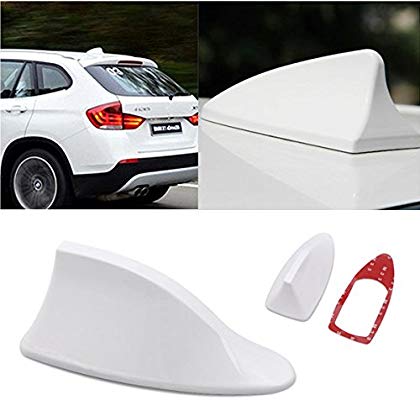 The problem with the TraderPlus and other OEM style replacements is that they are just too short. I assume that the 7.5 cm dimension is the height. You need at least 10.5 cm plus a little more to make up for the narrowing of the fintop to fit the goTenna Mesh. Even the naked Mesh device is around 9.5 cm. This is a case (pun intended) where the 3D printing avenue is really needed to make things fit.

So far, I’ve found the pickle jar to be an adaptable solution. 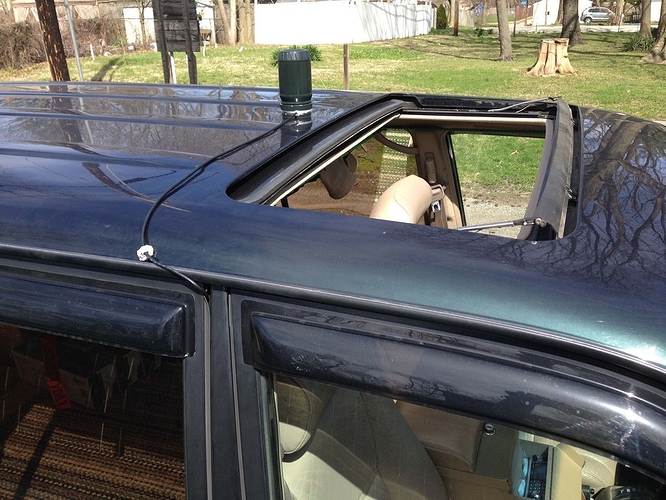