Hello, I’m new to goTenna. I picked up a pair to try it and liked it so I put one in my attic as a powered relay, marked it on the node map. I’ve been reading all of your great ideas on how to make outside relay stations and figured out it’s best to have a battery buffer so it won’t shut off by running out of battery on cloudy days.

It’s a bit more expensive but has anyone tried the biolite 5 watt with built in battery?

Would putting the relay outside make much of a difference that it’s worth the trouble? I have power inside my attic so it was easy to plug in and it’s powered hanging from a lanyard up there right now.

The Biolite will work. goTenna has used them before for some experimental installs.

I’ve been using a certain battery pack I get from banggood.com and it has proven reliable. It has the instant on feature which supplies power when it senses a load. In any case, what you want is a battery pack that can both take a charge and supply a load at the same time.

Recently, I found a new battery pack and found it to be every bit as good as the one I’ve just mentioned and written up several times, and it’s priced a little better, too, although both are very affordable. You can see it here:
https://www.banggood.com/8000mah-Solar-Chargers-Solar-Power-Bank-8000mah-Portable-Solar-Battery-Charger-Phone-Charger-Power-Bank-with-Flashlight-p-1461547.html?rmmds=myorder&ID=515947&cur_warehouse=CN

For the panel itself, I recommend going with at least a 6 W panel if you’re around 40 degrees north latitude.

Yes, putting your relay outside the attic space will improve the performance, as even the roof being wood and shingles it will still attenuate the signal some. Plus getting outside on the roof will raise the device just a little even if you don’t raise it on a mast. You can see how I did my home base install in the Urbana thread as an example. However, modding the small water-tight boxes can provide a lot of flexibility to meeting your needs however you go about this.

Thank you for the reply. I will be working on getting the antenna outside for the relay. Instead of going with a solar option, I’m going to use a long 16 ft USB cable and power it from inside my attic. I should be able to mount it on my ham antenna pole about 5ft above my roof line…

That’s basically the arrangement I used for a year or so until I converted the power to solar. Works well.

Note that you can use a battery pack in this configuration, too. Get a wall wart or other plug in charger that can supply a charge for the battery pack (most are 5 V), then plug the USB power cable up to the goTenna Mesh into the battery pack. That way, if the power goes out you’re still on the air.

I recommend 2 of these inexpensive USB solar panels paired with a USB lithium battery pack. One facing south west and the other facing south east. 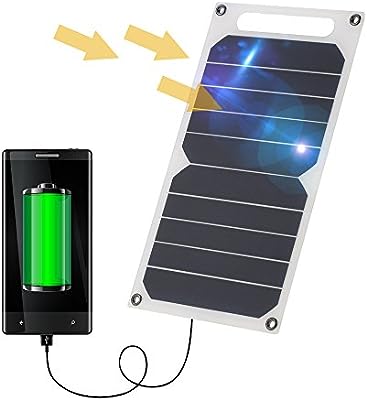 Got the 7w lixada pannel.

Plastic inside the USB port snapped off.

Put it back in, and it still works.

Have a pannel for voltaic on order. Have one of their batteries, seems to be good quality, looks like the pannels are better quality too.

Any updates to this? I’m also interested in a, “set it an forget it” system for my roof. Right now I just have one plugged in by a window in my house.

Seems like using half of a traditional waterproof enclosure (facing down), with the external battery and goTenna inside—powered by a solar panel on top, would protect it from the heat and weather.

If you live in a dry climate, just shielding things with half an enclosure might work. But you generally can’t buy only half an enclosure, so might as well use the whole thing, which you’d want to do in most places anyway.

Power it with at least a 6 w panel and you should be OK so long as you battery pack is in the 8000 mAh range. If you live closer to the equator, you might need less, but the extra capacity is good regardkessm,n

qqw[quote=“Itsuo, post:7, topic:5511, full:true”]
Any updates to this? I’m also interested in a, “set it an forget it” system for my roof. Right now I just have one plugged in by a window in my house.

Seems like using half of a traditional waterproof enclosure (facing down), with the external battery and goTenna inside—powered by a solar panel on top, would protect it from the heat and weather.
[/quote]

That makes sense, I was think of using some kind of tube that would vent at the bottom to control temperate and moisture related problems. Perhaps a jug with the bottom cut out.