We know a lot of you have been experimenting with rooftop/solar powered relays. Here is our recommendation based on our work in NYC with the RISE program.

Simply turn on a mesh unit and set it on relay mode, then adhere the unit to the side of the pak with double sided tape, place solar panel in the pak, plug the solar panel into the mesh unit with any standard micro-USB cable. Once you have the node assembled, you can use plastic zip ties or other fastening method to mount the node on your roof. Make sure to position the bag in a way that it will absorb the most sunlight possible throughout the day.

Here are a couple of relays in Urbana. This is the home node, UMESH 1; 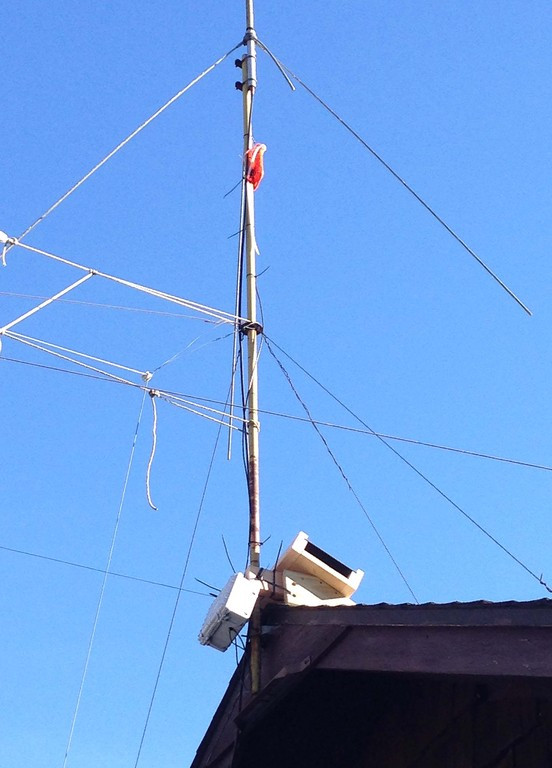 This pic shows one of the earlier versions. All put the power down low on the roof, with the goTenna Mesh device in the orange water-tight box mounted remotely and fed by a USB cable down to the batter pack in the case below. This arrangement used an 18 v panel I got for free due to a shipping error from overseas. It was notable for me never getting the MPPT charge controller set right and thus frying a couple of battery packs. 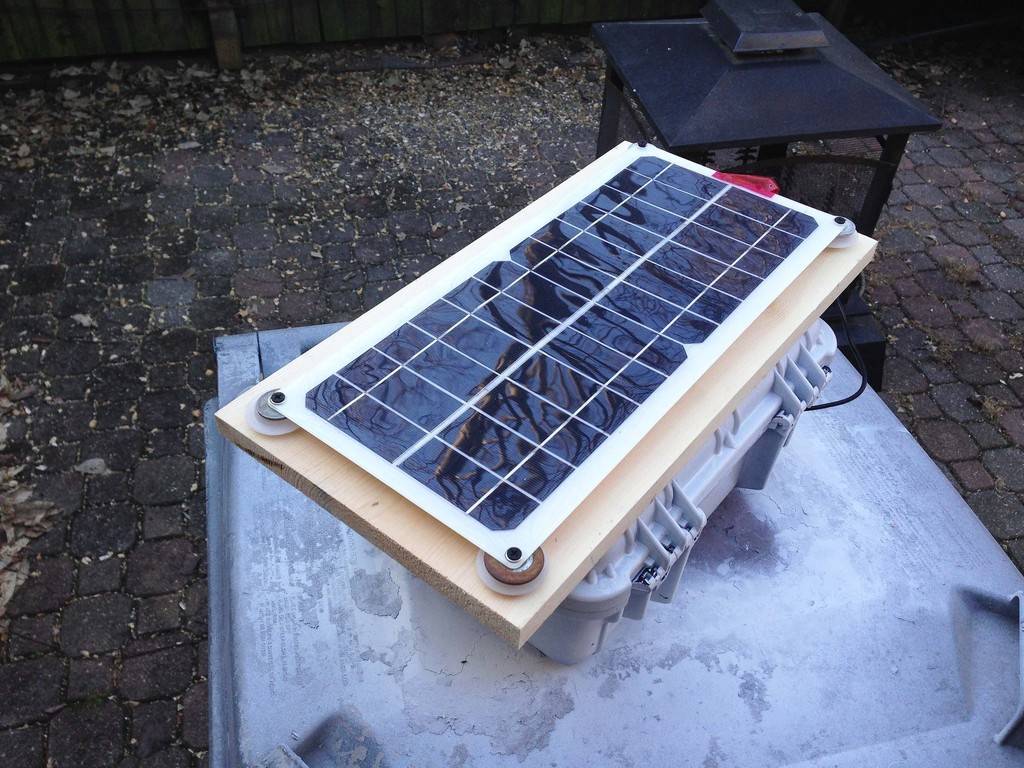 I later subbed in one of these standard “MkIII” relays that have a case with attached panel, differing from the standard ones I build for Urbana in that the GTM was remote mounted in the orange case as depicted above. The charger case with solar panel sits in the wooden cradle that was previously occupied by the 18 v panel. Here’s a look inside one with the standard internally-mounted GTM. 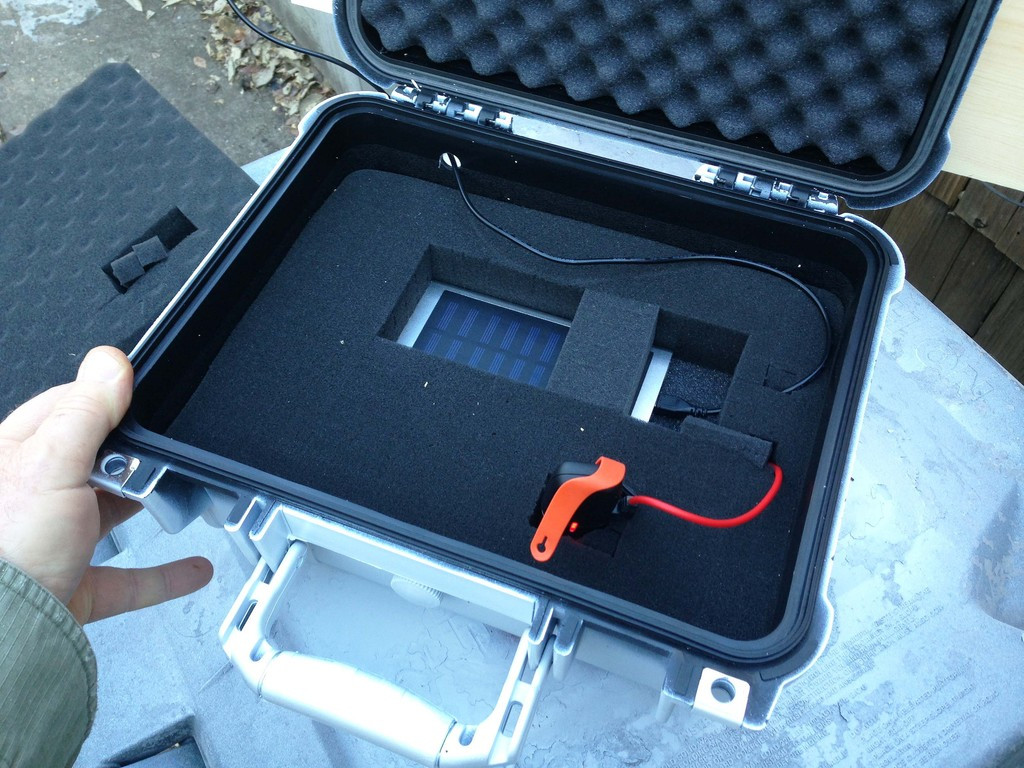 The battery/charger pack is the one used in about 75% of the UMESH relays, sourced from banggood:

Power is the weak link here and it’s been tripping me up lately after a long run of relative success. Maybe it was the damp, extra gloomy winter here? Not really sure, but the batch of nodes I left out for testing purposes on the patio all winter suffered some serious corrosion issues at the various connecting points: at the 5 V convertor on the back of the solar panels I’m using which supplies a USB power output to the battery pack: at the battery pack’s micro-USB input port, and at the GTM’s micro-USB power input port.

The common issue was the NEW battery packs that I thought would replace the one I cited above that has worked quite well for the most part. The pack I linked to isn’t immune to these troubles, but seems to have minimal issues. It may be an issues with the sourcing of the various USB jack components on the packs…

Then there are the 5 V power outputs on the panels. They seemed to soak up water and hold it, so most were in-op after I checked them. I eventually determined that I could peel them off and directly tap the panel output. Problem is this jumps the charge voltage from regulated 5 V to ~15 V… The battery pack above will handle that charge. Don’t go much higher, as most are onl;y rated to 20 V, if that high.

In Nothern Idaho I’ve had good luck keeping a GTM using an old but possibly high quality 20W panel connected to the stuff in the photo. It uses a 14AH AGM battery, a USB buddy from Powerwerx and a charge controller from Battery Tender. The one pictured was placed on 11/15/18 on a rooftop. I’ve had a few issues keeping the Android tablet connected via bluetooth inside the building; somthing to do with the tablet’s power saving options. I usually check it once a week or so but there have been several instances where the tablet and GTM were not connected and the GTM was in pairing mode with the white light continually flashing. The lowest I’ve seen the GTM battery is 95%. The panel doesn’t get an excessive load of snow in the winter due to a nearly vertical angle and being near the peak of a poorly insulated building. I have not had to reset this one since installed in November of 2018. It has relayed and received an estimated 1000 messages in that time.