On the newtork map. It was one of the meshies in Bartlett TN, I sent it to DCannon.

Just FYI we are deploying a few dozen goTenna Mesh units with All Hands Volunteers on Sunday morning to Florida. One of our team members who has EMT training and used to be in the Navy/Marines is deploying with All Hands’ landing team to do Irma recovery work. The storm still looks really enormous/strong, everyone stay safe out there!

(If you want to donate to All Hands’ Irma recovery work here’s the link: https://www.hands.org/projects/hurricane-irma-response/)

@danielagotenna, that is really great! And good on your team member for going in to respond. As someone with a background in emergency response, and having deployed to other large scale disasters, often being boots on ground before, or immediately after the incident, it has been hard having to sit these last two events out.

I will likely go down there at some point after the immediate event to help. Many forget these events happen quick, but continue on long after the first responders leave. I have recently found All Hands, and appreciate the fact they stay for months, or years after, to make sure what needs done gets done. You are working with a good agency, in my opinion.

I have also become fascinated by the emerging, “crowd sourced,” disaster response efforts. I feel there is a potential market for your system in organizations like these. I have worked with Uncle Sam, and he has money to spend on high-end gear with all the bells and whistles (which sometimes fail, too) but volunteer organizations, and personally/privately funded responders need a good, reliable, inexpensive system, which I feel GoTenna could provide.

Sounds like the All Hands team goTenna’s own Shawn is volunteering with – and which is deployed with about a dozen goTenna Mesh units – is heading to the USVI today since that’s where there’s the most need.

Here’s a photo from where they’re stationed now in Atlanta – getting set up before going offline: 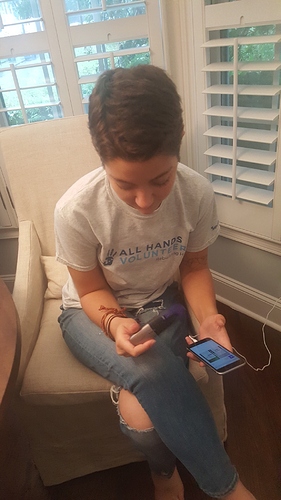 There’s no service in most the USVI, where 80% of structures were reportedly destroyed by Irma, so hopefully goTenna Mesh proves useful for these recovery workers!

I will be taking my four units with me on deployment to Florida, location unknown at this time. I am encouraged by the number of nodes appearing on the Florida map.

I am encouraged by the number of nodes appearing on the Florida map.

Yes, so am I! The thing is we can’t guarantee they’re turned on, but hopefully people have them on given all that’s going on — even if they don’t have use for them.

I will be taking my four units with me on deployment to Florida, location unknown at this time.

When are you deploying and with whom?

I am with a DMAT (Disaster Medical Assistance Team) and currently still on
Alert status awaiting deployment assignment. Past activations were to Ike,
Ivan and Katrina/Rita. 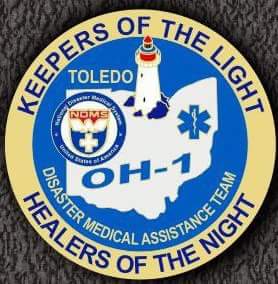 CA-9 Los Angeles County used to be our sponsor. I think I have worked with
some of your people on prior deployments.

Probably. We get around! Haha! I personally haven’t worked with anybody from California, but I have only been in the flock since late 2010. Been deployed a few times, but having to sit these ones out due to a medical issue from earlier in the year, of which I was about to be cleared. Then fecal matter hit the HVAC system, and they said they didn’t have the ability to review again until after things calmed down. We had a team in TX, and backfill in FL, PR, and USVI. Like I said, we get around.

Great to meet a fellow NDMS member. You ever do tranings in Anniston? If so, let me know the next time you go, and I will see if I can get our training officer to ship me too. I’ll buy you a beer at the on-base lounge!

Deploying for Maria with 4 MESH units… 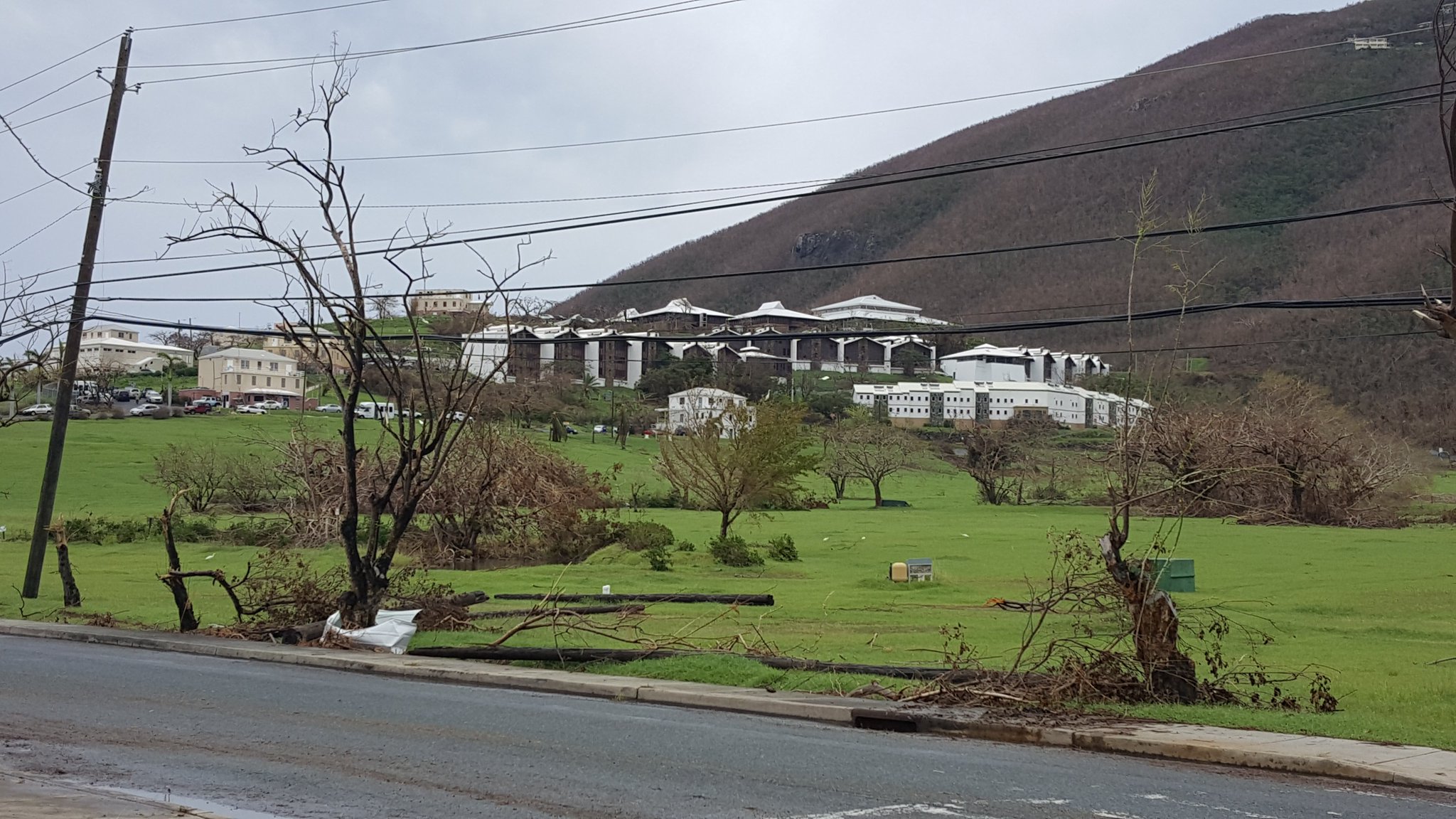 We've been deployed in St. Thomas, USVI w @AllHands for #Irma recovery but being evacuated today due to #Maria. Keeping all in our thoughts. 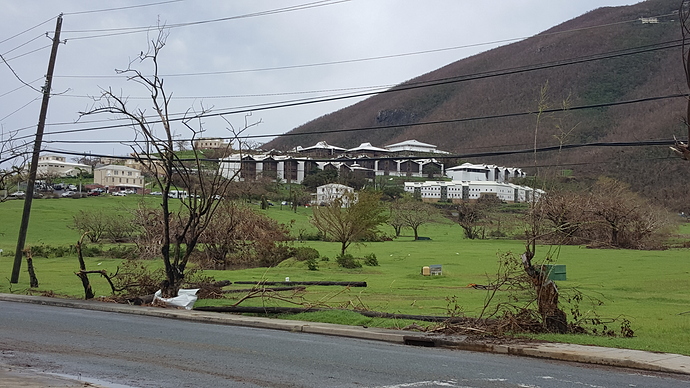 Wow, Maria has been upgraded to a Cat 5 hurricane. 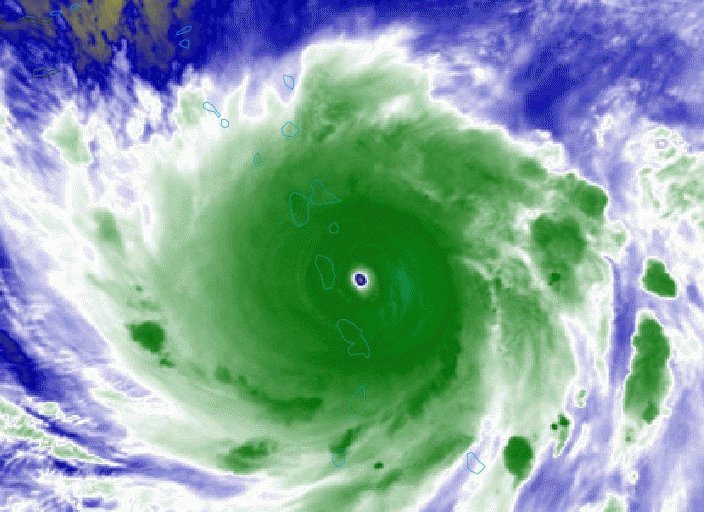 Going to TX second week of Oct. Volunteering with All Hands to work recovery in the Houston area. I am excited to be able to help.

This topic was automatically closed 11 days after the last reply. New replies are no longer allowed.